Sohail Khan and Seema Khan have filed for a divorce after 24 years of marriage and share two sons - Nirvaan and Yohan. Sohail, the younger brother of Salman Khan, and Seema, who was seen in The Fabulous Lives of Bollywood Wives, were in court on Friday to file their divorce. 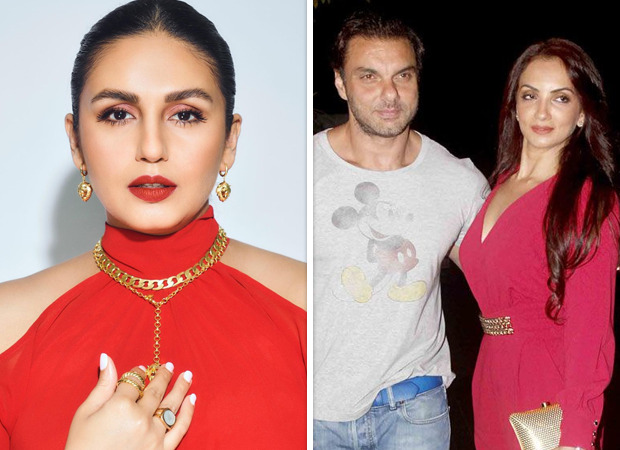 It is known that the two stars were living separately for years and have been cordial when it comes to co-parenting their children. But, for years, the reports of their separation have in the news but none of them ever confirmed it until Fabulous Lives Of Bollywood Wives aired. There were also rumours that actress Huma Qureshi was in relationship with Sohail Khan and that she also had a tiff with Seema Khan. But, soon, the actress had shut down all the baseless rumours.

Back in 2/19, Huma had attended a special screening of Student Of The Year 2 which was also attended by Sohail Khan and wife Seema Khan. Followed by the event, a media report claimed that Huma was ignored by Sohail’s wife Seema and vice versa because of an alleged past affair between Sohail and Huma. Obviously, this didn’t go down well with Huma who expressed her hurt and anger on social media as she lambasted the media report!

About a few years ago, Huma Qureshi was the face of the cricket team that Sohail Khan owned at the Celebrity Cricket League. Owing to the constant buzz regarding their alleged affair, Huma had then too taken to social media to deny the reports! Eventually, after her contract ended, she was replaced by Kriti Sanon which further fueled up speculations that the replacement happened due to the alleged affair. Now yet again, according to the said media report, it was being said that a video captured during the screening featured that there was extreme tension that was being sensed between Seema Khan and Huma Qureshi and referred to affair rumours that were doing the rounds in 2015.

However, Huma Qureshi refused to take the report lying down and slammed the media report on Twitter. She also accused them of maligning her reputation with such reports. She tagged Sohail Khan and Seema Khan saying, “You need to apologise to all of us !! You have no ethics, no morality and just because actors choose to ignore idiots like you .. you think we are scared of u. Not at all.”

Also Read: Sohail Khan and Seema file for divorce after 24 years of marriage; spotted at the Family Court