Farhan Akhtar has proved his worth not just as a director but also as a producer, writer, singer and actor. When it comes to acting, he has given several memorable performances. But as Milkha Singh in Rakeysh Omprakash Mehra’s Bhaag Milkha Bhaag (2013), he was terrific and went totally into the skin of his character. Hence, it was a surprise to read in Rakeysh’s autobiography ‘The Stranger In The Mirror’, co-authored by Reeta Ramamurthy Gupta, that Farhan was not the original choice for the film. 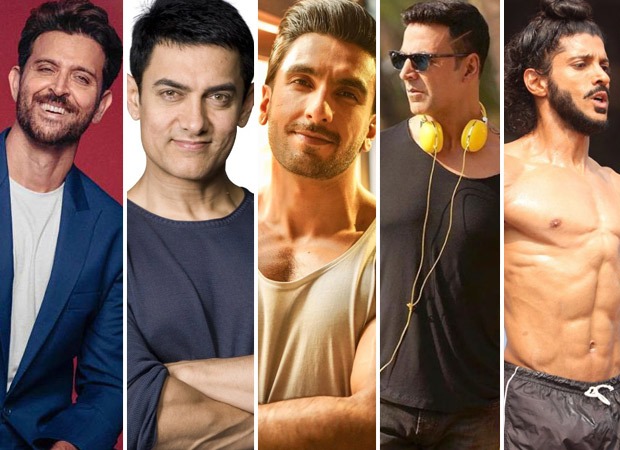 Rakeysh Omprakash Mehra wrote that he and Prasoon Joshi wrote the script while Shankar-Ehsaan-Loy and cinematographer Binod Pradhan had also came on board. However, the actor was not yet signed.

Rakeysh narrated the story to Hrithik Roshan. He wrote in his book that "I have always seen him as a very intense actor". Hrithik presumably liked the script so much that he sent a message to Rakeysh, "You've completely screwed my life upside down". Sadly, he couldn't do the film as he was busy with the filming of Krrish 3 (2013).

He then approached Aamir Khan, who played the lead in Rakeysh's Rang De Basanti (2006). The superstar declined after listening to the narration and said, "Yaar Mehra, this one is not for me".

Rakeysh Omprakash Mehra then mentioned in the book that he realized that Ranveer Singh fits the bill. Rakeysh wrote, "I started screen testing for Milkha and found Ranveer Singh to fit the bill. He was thrilled with the part and so I was with his audition." Rakeysh then continued, "But then even he passed it for reasons I will never know. I have always respected the decisions of another artist - we all have our headspaces."

It is then that Rakeysh approached Farhan Akhtar. Interestingly, way back in 2002, when Farhan had not started acting, Rakeysh Omprakash Mehra had offered him the role of Karan Singhania in Rang De Basanti (2006), which was eventually played by Siddharth. Farhan at that time had refused as he was not sure if he would be able to handle the part. By the time, Rakeysh narrated Bhaag Milkha Bhaag to Farhan, the actor had proved his worth as an actor. Farhan in his first-person account wrote that he was on board with just a 15-minute narration.

The rest is history. Bhaag Milkha Bhaag proved to be a Rs. 100 crore grosser. Farhan Akhtar meanwhile won the Best Actor award in almost all major award ceremonies that year.

Interestingly, at the HT India's Most Stylish Awards 2019, Akshay Kumar revealed that even he was offered Bhaag Milkha Bhaag. He even confessed that he regretted turning down the role due to non-availability of dates. When Bollywood Hungama asked Rakeysh Omprakash Mehra to comment on this aspect, he at first said, “I remember very, very clearly that Akshay Kumar did say that he would have loved to do the film. It was so kind of him to say it.”