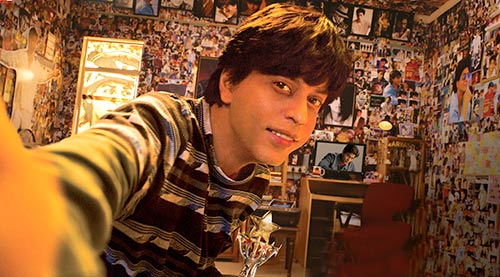 Very, says trade. Maneesh Sharma's Fan which opens on April 1, is extremely crucial to Shah Rukh Khan's career. For the first time he plays his own fan: Shah Rukh Khan the superstar and the fan. It's Shah Rukh's first double role since Duplicate, Don The Chase Begins and Om Shanti Om.


Though technically SRK's in Aditya Chopra's Rab De Bana Di Jodi was not a double role, he created two completely contrasting personalities on screen out of one character.


Fan finds SRK chasing himself as he hunts down and confronts an obsessive fan. It's a unique concept, far removed from what the superstar has attempted so far. More importantly Fan is a non-festive release. All his recent films have released either for Diwali or Christmas.


The release of Fan does not coincide with any religious festivals. Would the Gods continue to support SRK?


Trade analyst Taran Adarsh agrees Fan is very important to Shah Rukh's career. "Fan is an important film for SRK for various reasons. One, it teams SRK with YRF. The combination has delivered some memorable films in the past. Two, SRK's last film Dilwale didn't fare as expected in India, though it fared very well internationally. This one has to be a universal success. Three, it's a non-festival release. Hence, it would be interesting to see how it fares. Four, his contemporaries Salman and Aamir have crossed Rs 300 crore mark in the domestic market. He hasn't. This makes it all the more important for him to score. Fifthly, it stars him as a star and also the fan. A double role with a difference."


Trade expert Atul Mohan thinks Fan can create new phase in SRK's career. "It is very very crucial. We all know his Dilwale didn't meet the expectations for whatever reasons it may be. On the one hand when Aamir and Salman have proudly entered the 300-crore club King Khan has to enter the club very soon and extend his reign there too. And his Fan which is dedicated to his fans should take him there."