The makers of Housefull 4 have come up with one of the best first looks reveal ideas where they are revealing individual posters of all the characters from the year 1419 to 2019! Without making the fans wait for too long, they decided to unveil the characters’ names on social media every hour. With Akshay Kumar and Riteish Deshmukh’s roles and first looks being revealed, the next in line is Bobby Deol. 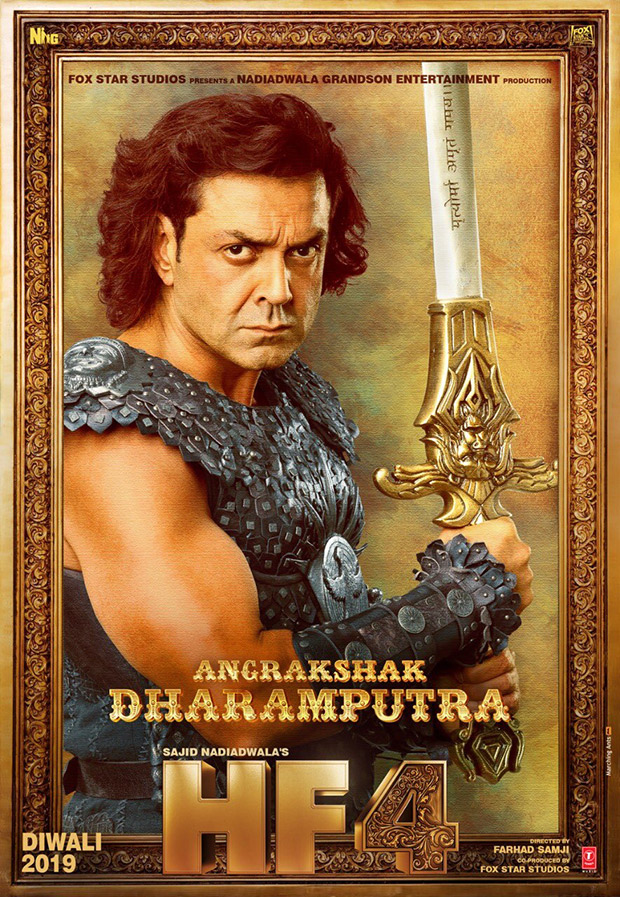 Akshay Kumar took to his Twitter to unveil Booby Deol’s looks. In the first look from 1419, he will be playing the role of a ferocious warrior, Dharamputra, which is quite literally who he is! And in the second look, he will be playing the role of a hip guy named Max. Akshay captioned the pictures as, “Miliye bahaduri ???????????????? aur sahas ki misaal, Dharamputra ⚔ se! Aur dekhiye kaise Dharam banta hai Max in this journey back in time⏳ with #Housefull4. Trailer out on 27th September.” 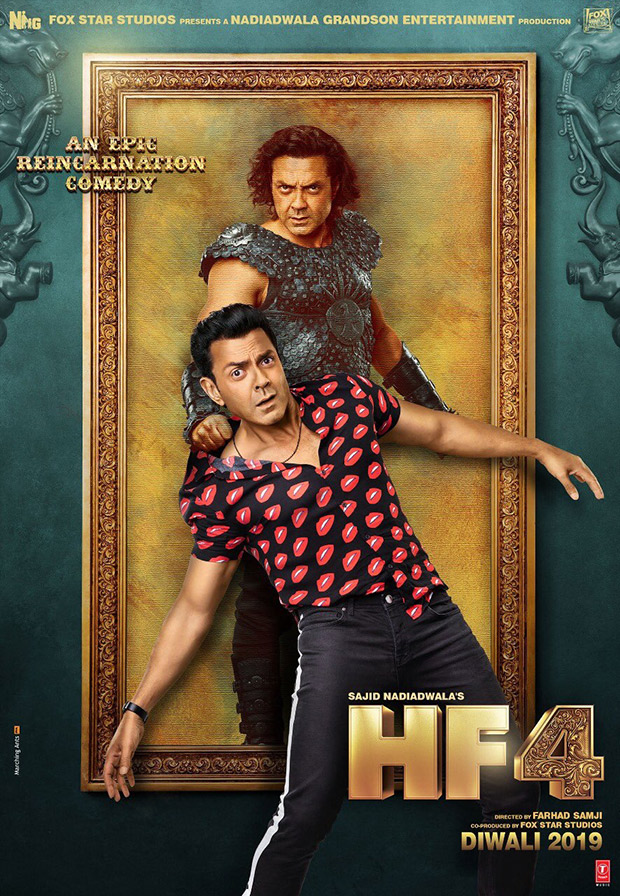 Housefull 4 is slated to release this Diwali with Farhad Samji as the director and Sajid Nadiadwala as the producer.

Also Read: HOUSEFULL 4: The first look of Riteish Deshmukh is going to make it difficult to wait for the film!