It was announced yesterday that the makers of Housefull 4 will be releasing the first looks of the characters from the year 1419 to 2019. With Akshay Kumar’s character details and looks already out, the second set of characters revealed were that of Riteish Deshmukh. While Akshay Kumar will be seen playing an heir to the throne from 1419 and a barber of a hair salon in 2019; Riteish’s characters are surely going to be just as interesting. 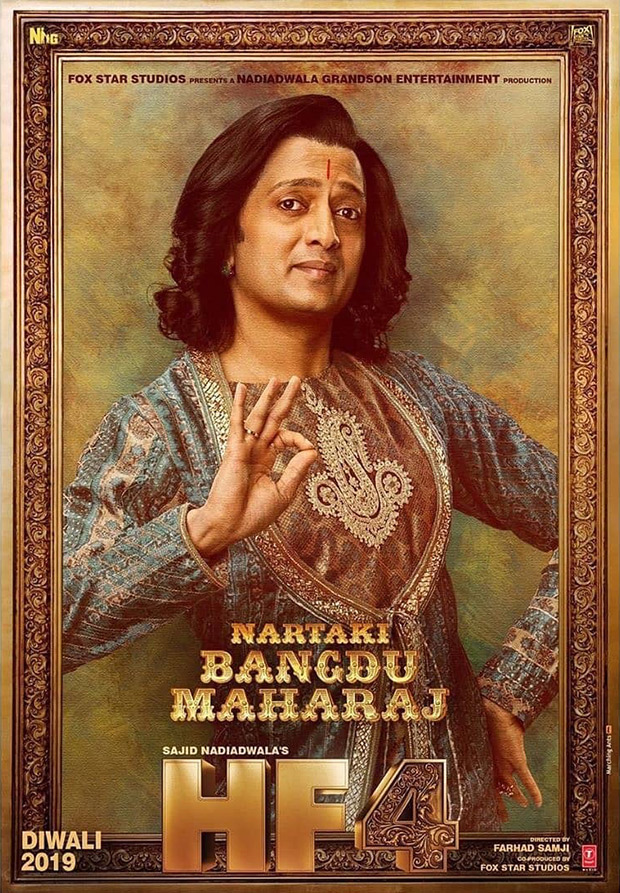 By the looks of it, his look from the year 1419 is that of a classical dance teacher and is named Bangdu, while the one from 2019 is named Roy. Both the looks have a fun take to it and we’re pretty sure that this film is going to tickle our funny bones! Akshay Kumar took to his social media to share Riteish’s look with the caption, “Dekhiye ek kahani jo shuru hui thi 1419 mein, magar khatam hogi in 2019. Meet Bangdu and Roy who’re all set to take you on the crazy, chaotic ride of #Housefull4. Trailer out on 27th September! #SajidNadiadwala @riteishd @farhadsamji @wardakhannadiadwala @foxstarhindi @nadiadwalagrandson” 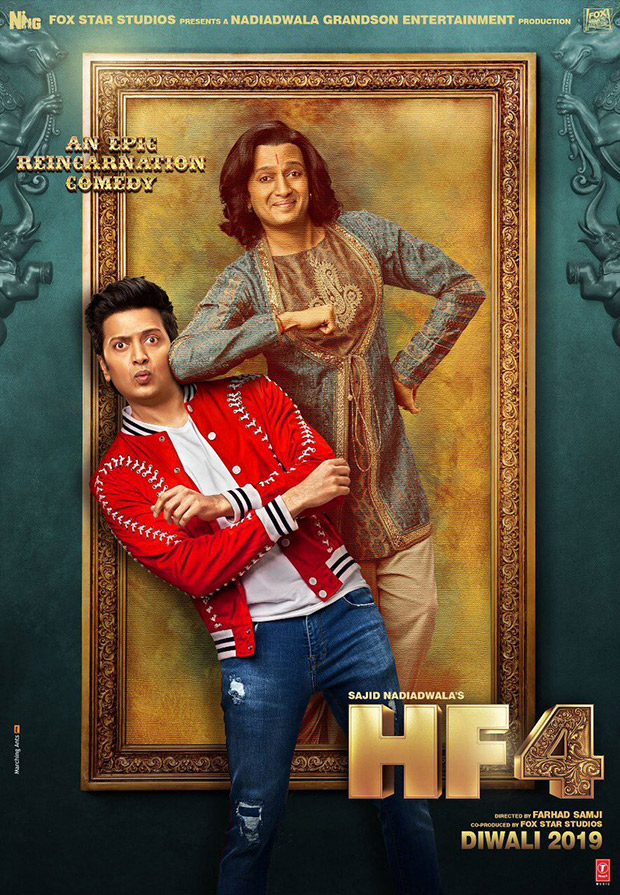