We already told you that the Housefull 4 team embarked on a unique train journey last night. As the Indian Railways launched their brand new initiative 'Promotion on Wheels', Housefull 4 became the first film to officially join the railways to promote their film. Actors Akshay Kumar, Riteish Deshmukh and Bobby Deol and others set off from Mumbai, and the train journey was anything but dull! 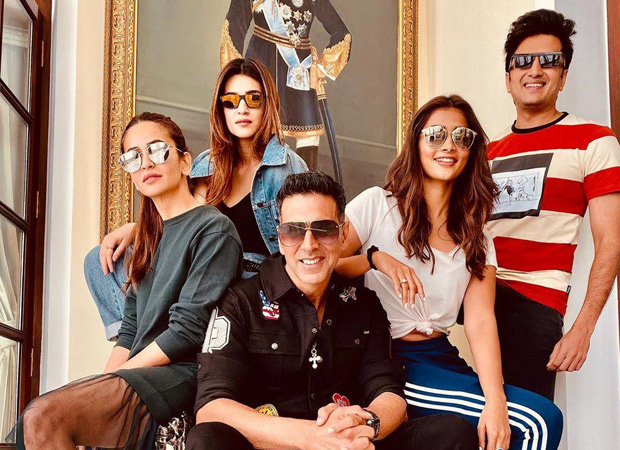 The actors, along with leading ladies Kriti Sanon, Kriti Kharbanda and Pooja Hegde started humming to popular Punjabi songs. Now, that can get very good or very bad. Quite sure you know. The only one who didn't join was Akshay. He is seen sleeping peacefully but his slumber goes for a toss, thanks to his friends who are busy singing Amplifier. He hilariously starts weeping when Kriti tries to record her...LOL! Watch the video below.
They picked the right songs for a Delhi morning, though. Don't you agree?

The fourth edition of the Housefull franchise deals with reincarnation. The story will go back and forth, and promises a laughter riot already! Also starring Chunky Panday, Johnny Lever and Boman Irani among others in other pivotal roles, the film rolls out in theatres on October 25.