Priyanka Chopra Jonas, the global superstar, is being celebrated by the West with an enviable list of achievements that stand testimony to the major impact she continues to make. The global icon has been on the covers of some of the biggest international magazines and now makes an impact on Instyle magazine cover, becoming the first Indian to sport a saree on an international cover. 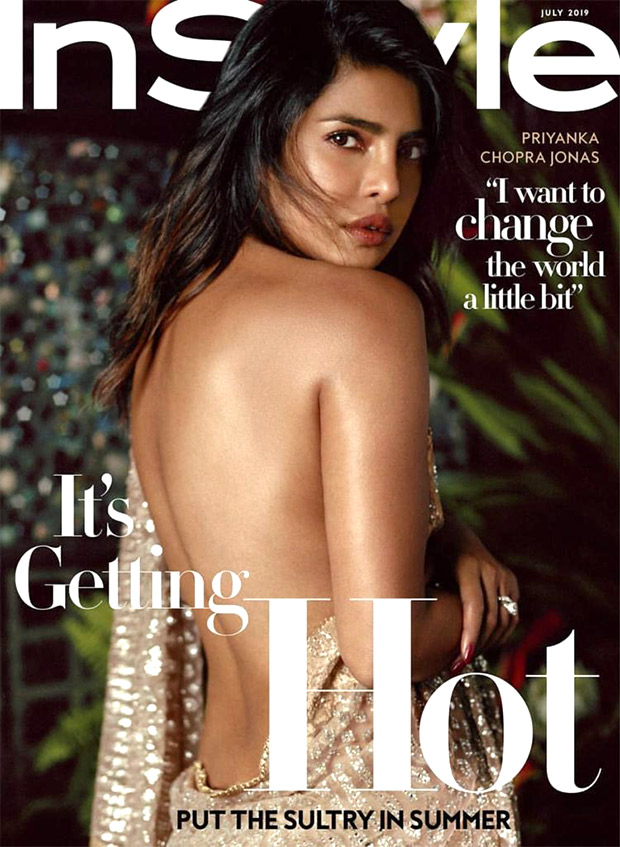 Priyanka Chopra is proudly sporting a sultry saree look by Tarun Tahiliani on the June cover of Instyle Magazine. Says Priyanka Chopra , "The saree is one of the most iconic and recognized silhouettes from India. To be its beauty lies in its versatility. It embodies elegance, feminity and power, and I love how I feel when I'm wearing one. I'm so proud to wear a saree on Instyle Magazine's cover and thank you Instyle for sharing some of India's incredible fashion with the world."

The global icon has often spoken about breaking stereotypes and shattering the glass ceiling and her recent Instyle cover, is an empowering example, of how she proudly carries her home country with her across the international landscape.

From debuting in a successful TV show to making her big Hollywood debut with Dwayne Johnson starrer Baywatch, Priyanka also featured in Time Magazine's 100 Most Influential People of the world list and made an impact on the US Time cover. She was part of Forbes’ 2017 list of the world’s most powerful women and was one of Variety's coveted Power of Women honorees as she featured on their cover. While Dwayne Johnson ruled The Hollywood Reporter's Top Actors list for the previous nine weeks, Priyanka Chopra Jonas, took his spot with 53.3 million Instagram favorites in her return to No. 1

Fashion is such an important part of global culture, often arising from centuries of tradition, and doesn’t go out of style when the seasons change. The ‘Saree’ is one of the most iconic and recognized silhouettes from India. To me, its beauty lies in its versatility, not just in drape and fabric. It embodies elegance, femininity, and power, and I love how I feel when I’m wearing one. I’m so proud to be wearing a @Taruntahiliani saree on @instylemagazine’s July cover! Thank you @laurabrown99 for being such an amazing creative partner, and for sharing some of India’s incredible fashion with the world. #IndianSummer #ProudDesi (Link to the story in bio)

@instylemagazine , July 2019. Thank you @sabyasachiofficial for flying this saree around the world for this shoot! I love it! And a big thank you to @stylebyami for helping with the curation! Link in bio!