Bruna Abdullah may have last been seen in a special appearance in the 2016 film Mastizaade, however, the actress- model and full time head turner is certainly pretty popular on social media. In fact, though Bruna is rarely seen on the big screen, she enjoys a massive following both online and in real world. Well, one reason for her massive fan following is certainly her scintillating posts that raise temperatures. 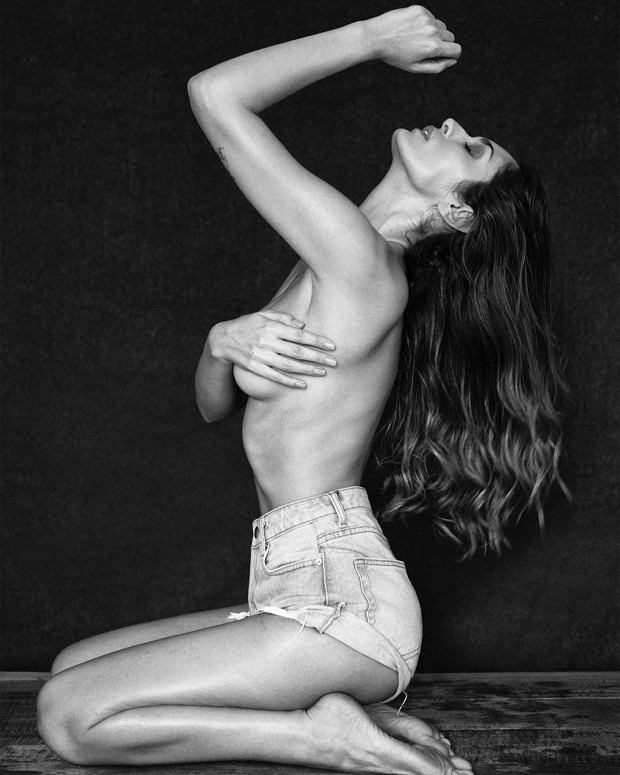 Now adding yet another one to the list, ace photographer Rahul Jhangiani shared an image of Bruna from her latest shoot. Sharing the image Rahul simply tagged the model turned actress who is seen posing topless in the monochromatic image. Sporting denim hot pants with her hair let loose, Bruna Abdullah is the image of perfection.

Back on the film front, post her appearance in the 2016 films Yea Toh Two Much Ho Gayaa, co-starring Arbaaz Khan and Jimmy Sheirgill, and the sex comedy Mastizaade Bruna Abdullah will next be seen in Udanchhoo that also stars Rajniesh Duggall.