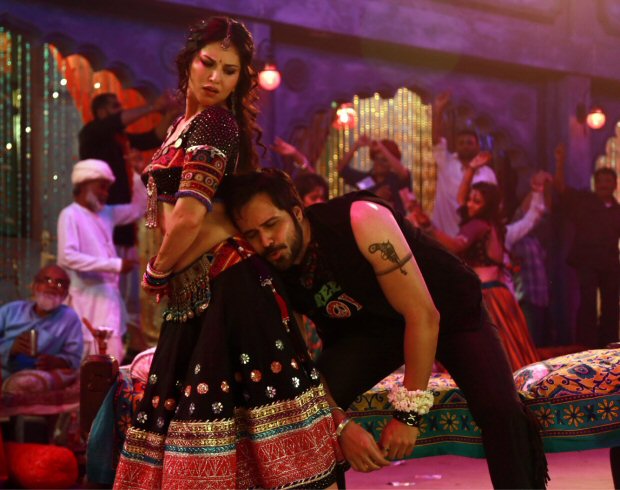 Her dance numbers often make you dance to her tunes and Sunny Leone is back with another sizzling item number. While she hasn’t played the role of a leading lady on the big screen of late, the actress continues to do some item numbers in films like Raees and now Baadshaho.

HOT! This sizzling number between Sunny Leone and Emraan Hashmi will make you groove

As we know, Baadshaho is a period drama set in the 70s and keeping the era in mind, Sunny Leone’s new item number has a rustic feel to it. The actress sporting a village belle look of sorts is seen wooing Emraan Hashmi in the song titled ‘Piya More’. Featuring some intimate scenes between the actors, the song is penned by Manoj Muntashir. The track is sung by Mika Singh and Neeti Mohan.