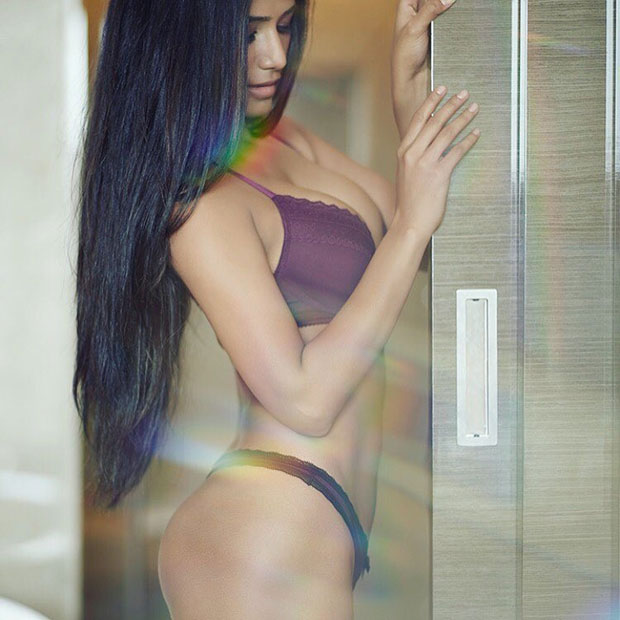 Love or hate her, but you can’t ignore Poonam Pandey. She has been called names and threatened, especially when she rose to fame in 2011 after she promised to strip if India wins the cricket world cup. However, she has remained undeterred and has been treating her fans with hot pictures. Later, she started uploading videos as well, which are also as sizzling. It is no surprise that she has amassed 1.1 million followers on Instagram.

Her latest two hot pictures also prove why she deserves so many fans. The first picture, uploaded today, shows her wearing pink-and-black lingerie. She’s posing sideways but her assets are on display. The way her hair is styled neatly also makes for a nice watch. 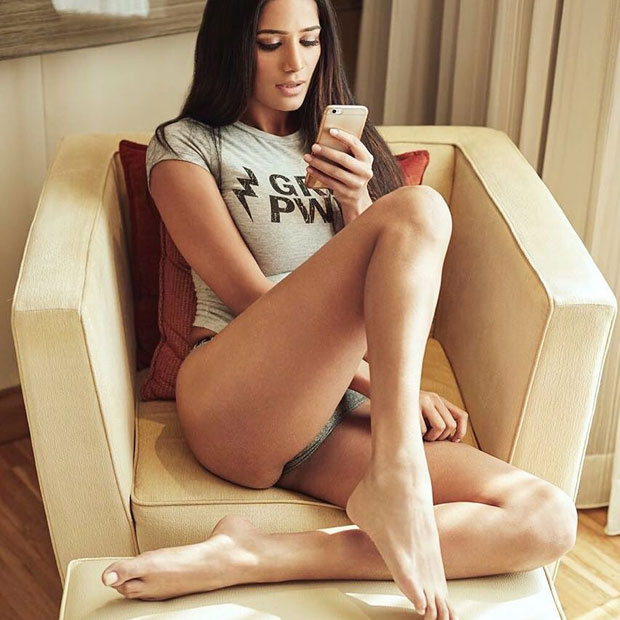 The other picture, uploaded last night, shows her displaying her hot, toned legs. She is wearing her undergarment and a tight, grey T-shirt and she seems to be busy in checking her phone.

It’s the first weekday post the four-day-long Diwali weekend and hence the mood is already a bit low for many. These two pictures of Poonam Pandey are sure to add much-needed happiness and uplift the mood for the bored office-goers!