Anushka Sharma is a self-confessed recluse who only steps out when there is a movie release on the anvil, albeit stylishly and stunningly so! Not the one to dabble in blind trends, Anushka has a way with the sublime and chicer way of doing things. With her fashion stylist Allia Al Rufai at the helm of affairs for Anushka, the duo has been on a promotional spree, tossing up a melange of promotional looks for Zero. A recent outing saw her pull off Johanna Ortiz separates. 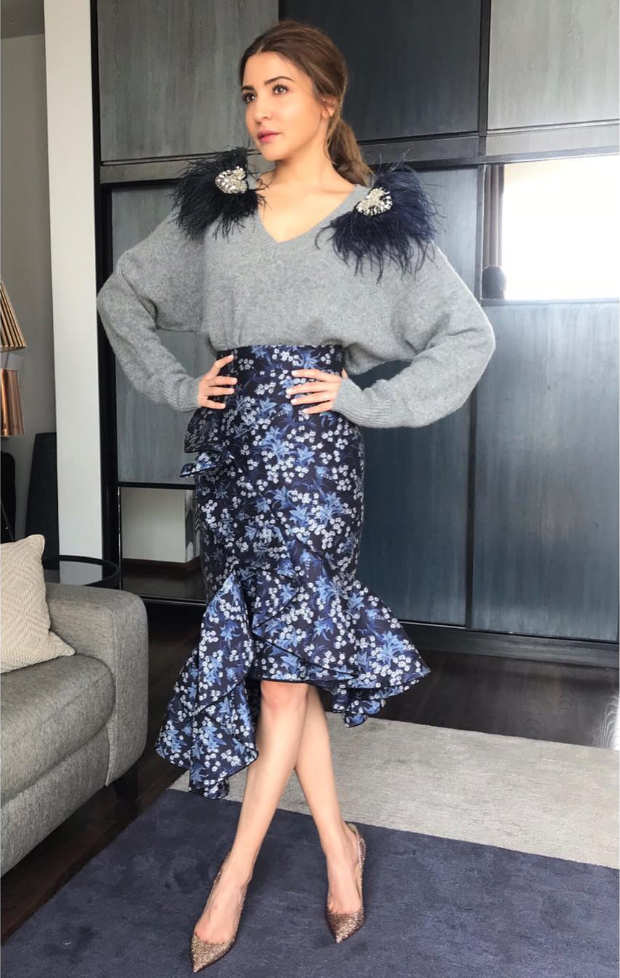 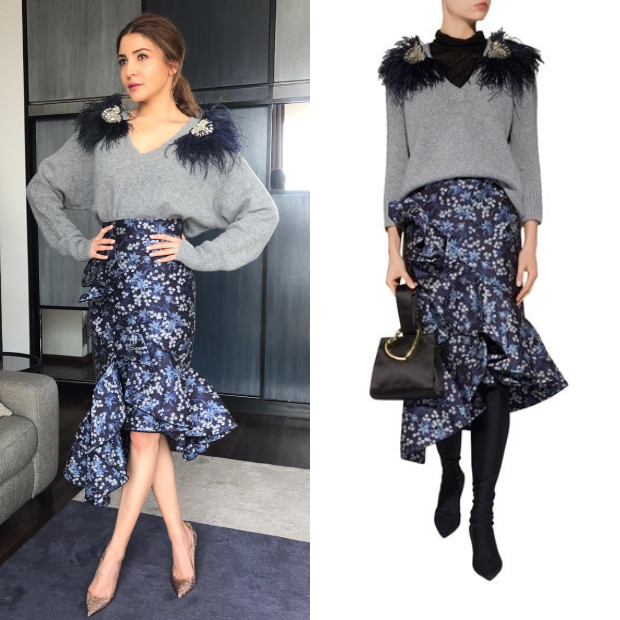 The cosy grey sweater, knitted from soft cashmere for a relaxed fit with a V neck-line features detachable blue feather-trimmed and crystal-embellished brooches. Meanwhile, the jacquard-woven skirt features an intricate floral pattern and has structured ruffles cascading from the waist to the asymmetric hem. 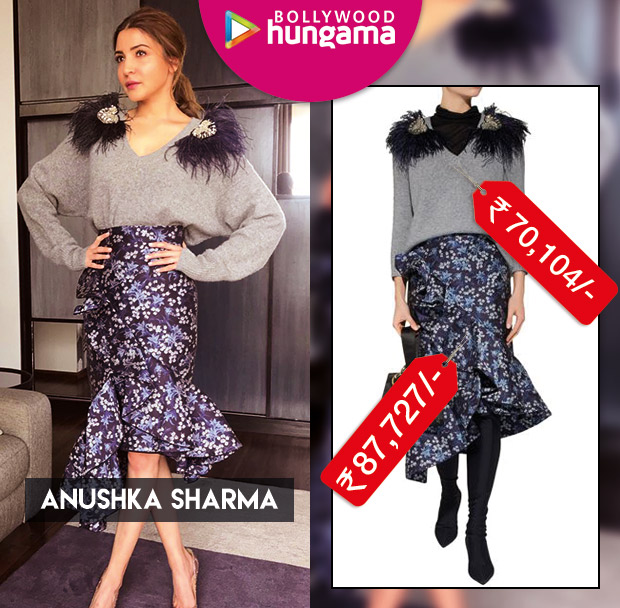 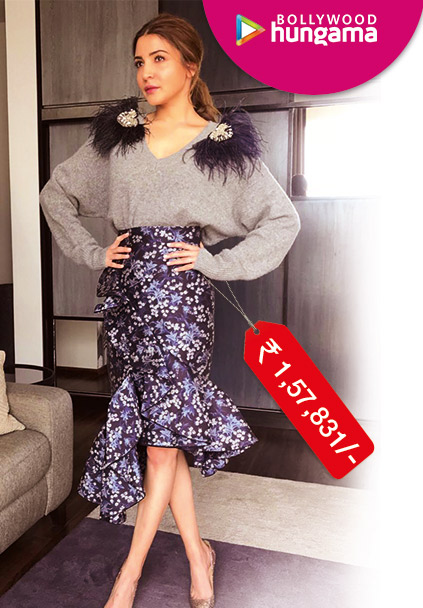 The entire look that amounts to a whopping INR 1,57,831/-. Okay then, allow us a moment to pick up our jaws from the floor! 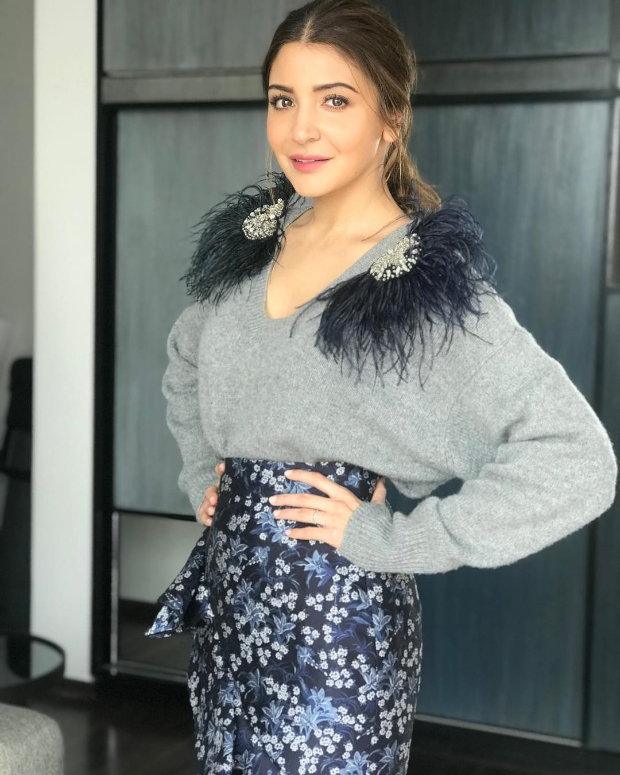 Anushka stepped into sparkly Christian Louboutin pumps. Makeup and hairstylist Daniel Bauer gave her a flawless and refreshing makeup of pink lips and delicately lined eyes along with a slightly messy pulled back hair.

Anushka Sharma was last seen in Sui Dhaaga – Made in India. Anushka will essay the role of Aafia Yusufzai Bhinder, a NASA scientist with cerebral palsy – a pivotal role alongside Shah Rukh Khan and Katrina Kaif in Aanand L Rai’s Zero, scheduled for a release on 21 December 2018.