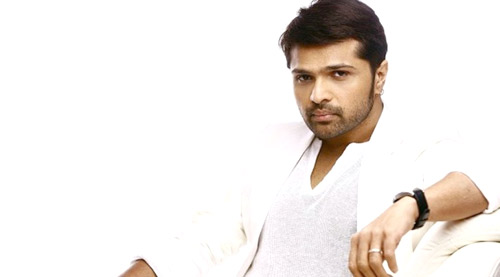 A little over Rs. 11 crore in one week, and still counting. This is how the Box Office response to Himesh Reshammiya's latest release as an actor, Teraa Surroor, looks like. The fact that the production and marketing cost of Rs. 11 crore was recovered well before the release itself pretty much signifies the kind of business acumen that the producer/composer/singer/actor boasts of. His film may not have got the best of the reviews and the press may not have gone gung-ho over his latest theatrical release. However, in the world of sheer commerce, Himesh has emerged winner again.

This is the point where the adage of 'who has the last laugh' comes into action!

What is remarkable is the fact that the man hasn't given up, despite this being his 10th year in the business as an actor. Many termed his debut release Aap Kaa Surroor - The Moviee [2007] as a fluke success. They could well have been right as his next couple of releases, Karzzzz and Radio didn't cover much of a distance while Kajraare got a delayed (and sudden) release. However, Himesh kept his chin up. Many suggested that he continues to invest all his energy into making music, something that has been working for him ever since he burst into the scene with Pyaar Kiya Toh Darna Kya [1998] almost 20 years back.

Not to give up though, he kept going ahead with his acting stints. Now if one looks at his last three releases as an actor, he has managed to be in the green each time around. In 2012, he played an interesting part in Akshay Kumar's Khiladi 786, which was also produced by him. As a comic actor, he was noticed for sure. Then he brought himself as the central protagonist in The Xpose [2014], and the film turned out to be his biggest grosser till date (in the main lead), while also fetching him good appreciation as an actor. Oh yes, his critics continued to go harsh on him but his target audience didn't mind what they saw.

Now two years down the line when he has come up with Teraa Surroor, Himesh has inarguably commissioned one of the most stylish films to have come out of Bollywood and that too at a shoestring budget. To wrap up the production at under 7 crore for a film shot in Dublin with a horde of actors is a feat well enough to be celebrated, and Himesh has managed to pass that test with distinction marks. Moreover, the pre-release sales and tie-ups further established the fact that in his passion of being an actor, he hasn't left behind the money side of affairs.

Will he continue to be an actor? Well, his team has certainly announced that at least a couple of more films are definitely in the pipeline. To think of it, one can't remember any other singer at least from the recent times to keep the fire burning for a desire to be an actor. Sonu Nigam said bye to acting after three failed attempts [Jaani Dushman, Kash... Aap Hamare Hote, Love In Nepal], Shaan couldn't survive beyond two films [Daman, Balwinder Singh Famous Ho Gaya], Lucky Ali gave up after five films [Kaante, Sur, Kasak, Runway, Good Luck] and better sense prevailed for Sukhwinder Singh after a horrendous Kuch Kariye.

Meanwhile, Himesh is continuing to live on his dream. What he is doing quite right is not to keep his profession as a composer on the backburner. So he is delivering successful soundtracks in films as diverse as Sanam Teri Kasam to Prem Ratan Dhan Payo. He isn't being partial as former is a non-star affair while latter has Salman Khan in the lead. Still, the quality of music being delivered has been top class in both films. Moreover, rest assured, the songs of Teraa Surroor would have a good shelf life as well.

As for the commerce part, the man knows what he is doing. He will certainly not be ignored for time to come!