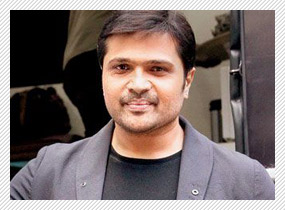 After composing music for back to back blockbusters like Bodyguard, Bol Bachchan, Son of Sardaar. OMG! Oh My God and Khiladi 786, Himesh Reshammiya is on a high. He is also super-happy with the response to Khiladi 786 which was co-produced by him along with Akshay Kumar. He also has a song in Akshay's next big release Special Chabbis which he is looking forward to.

However, having rocked the domestic market, Himesh plans to go international now. His first international album @ Da Edge will be released in over 122 countries and the first video will be shot director Roman who has worked with the likes of Justin Bieber etc. Himesh will be styled in an altogether new look for this music video by Damian and Avigail (who have styled Rihanna). The album has 15 songs sung and composed by Himesh and even includes some foot-tapping remixes by noted DJ Edward Maya. The first single is titled 'I Have Been Waiting For You So Long'.

Tags : Akshay Kumar, Bodyguard, Bol Bachchan, Himesh Reshammiya, I Have Been Waiting For You So Long, Khiladi 786, OMG! Oh My God, Son Of Sardaar, Special Chabbis