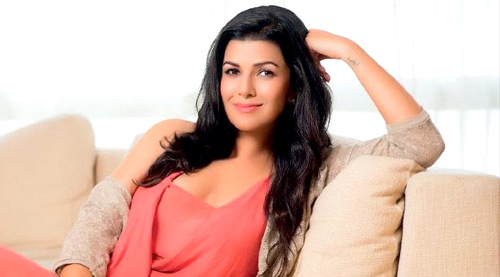 The lissome Lunchbox lady Nimrat Kaur continues to make waves abroad. Last week she attended the prestigious Screen Actors' Guild Awards at the Shrine Auditorium in Los Angeles where she rubbed her shapely shoulders with some of her biggest childhood idols.


"It was like a dream," Nimrat exults from LA where she is parked for a bit to further explore the international market. "I was standing on the same carpet as Meryl Streep, Julia Roberts, Jennifer Aniston and Ethan Hawke. It was as if I had walked into my favourite dream."


Nimrat says she was too shy to speak to anyone except Ethan Hawke. "When I saw him on the red carpet I had to tell him that Great Expectations was one of my favourite films. I blurted it out nervously. He was very nice to me. But to go and speak to Meryl Streep or Julia Roberts was beyond me."


She admits The Lunchbox and now her stint on the American series Homeland have brought her a global recognition. Call her the female Irrfan Khan and she demurs, "That's a very very high compliment indeed. To be bracketed with someone who has done Indian cinema proud all over the world is very gratifying. But I'm a long away from achieving that. Yes, The Lunchbox and Homeland have got me some recognition outside India."


Nimrat Kaur now returns in the first week of February to India to do her first full-fledged mainstream commercial film. "It's a thriller called Airlift and I am cast opposite Akshay Kumar. He is an actor known to be supportive of newcomers. The producers (Crouching Tiger) are also progressive and practical. So I don't feel nervous."


Nimrat Kaur sees herself straddling the Western and Indian cinema. "I am right now in LA looking at projects. Maybe soon there would be something more concrete. Right now I am just happy floating in the space that God has created for me."