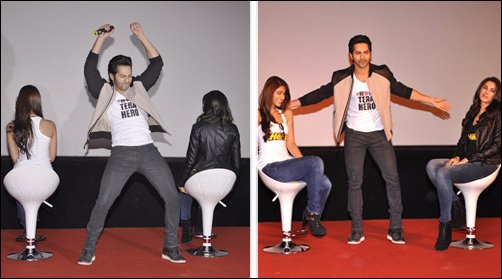 Mon day is here again and as we gear up for the week ahead, Bollywood Hungama gives you the perfect way to jump start your brain with the famous Guess Who?


This week we feature not one but two stunningly beautiful actresses, the first being a model turned actress she has fast become the face of numerous brands, while the second who made her Bollywood debut in 2012 alongside one of the rising stars in the industry made the critics sit up and appreciate her talent. More recently both actresses were seen sharing screen space in a film, while currently one will be seen in two more Bollywood films slated to release next year the other is busy working on a sequel to a south film that was also remake in Hindi.