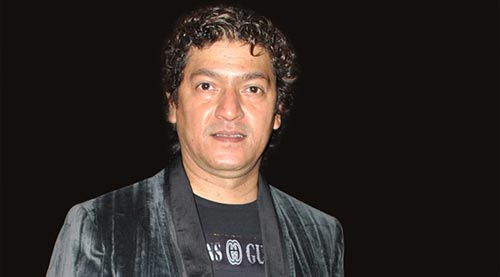 proud he was that the Goddess of Melody sang this melodious love duet (with Udit Narayan).

Lata with Kumar Sanu as an example of Aadesh's melodious strength.

Brilliantly evocative it is also sung separately by Aadesh's wife Vijayta. Hear them out to see how much emotion Aadesh could invest into his melodies.


5. 'Sona Sona': The original pop-Bhangra track sung for and by Mr Bachchan in Major Saab long before 'Shava Shava' (also composed by Aadesh) and the other clones. Great fun.

6. 'Baghban': Every song in Baghban was a gem. I choose Richa Sharma's heart wrenching song about the parent-child relationship. It is one of the best Hindi songs of the last


7. 'Main Yahan Tu Wahan': The Big B on the phone singing to his screen wife Hema Malini from a phone both...Beautifully conceived and executed the number was elegantly designed to

spotlight the romantic side to Bachchan Saab and Hema's personality.


8. 'Kehta Hai Babul': A bidaai song, a father's emotional send-off of his daughter. Shows the amazing tuning between the Big B and Aadesh, and also displays Aadesh's great

ability to get into any mood to create an apt song.


9. 'Mora Piya': A sexy sinewy love song filmed on Ranbir Kapoor and Katrina Kaif in Raajneeti which in the long run became the signature song of the couple's relationship.

what Aadesh could do when given a chance.