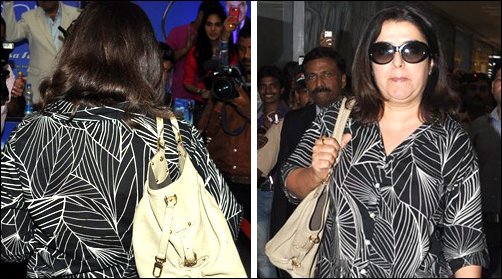 It's that time of the week again where the Bollywood buffs world over put on their (filmy) thinking caps, and get cracking on Guessing Who the celebrity is only on Bollywood Hungama. Needless to say, it's what we call as Guess Who: World's Envy, India's Pride!

This week's celebrity is a super achiever lady whose father was a successful stunt film-maker, while her two sisters happen to be a screenwriter and a former child actor. Both her brothers (real as well as cousin) are multi-taskers of the highest order and are immensely successful in all the tasks! Despite the fact that her husband has got nothing to do with journalism, he started off his career being an 'Editor'! Her job is such that she gets paid to make everyone 'dance to her tunes'! While the whole world believes that 'Three's a Crowd', she went ahead and launched a production company called 'Three's Company'. Lastly, even though she may have 'far' attached to her name, she is extremely close to everyone in the film industry!


If you feel that you have Guessed Who as to this week's Guess Who, then, guess no further, and post your answers below: