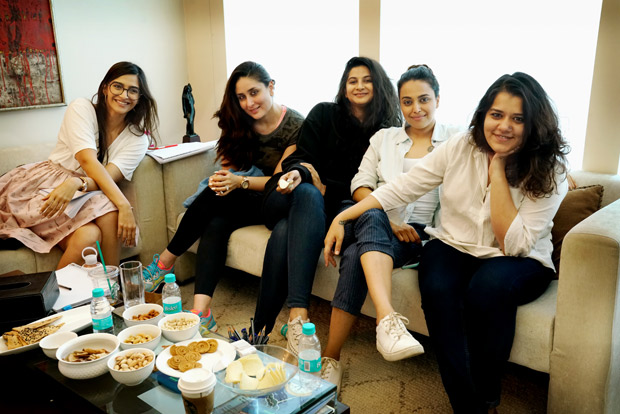 It is known that Kareena Kapoor Khan went on a maternity break a year ago after her film Ki & Ka. The actress gave birth to a baby boy Taimur Ali Khan. While the fans are eagerly waiting for her to come back post the birth of her baby, we have exciting news for the fans.

Kareena Kapoor Khan and her co-stars Sonam Kapoor, Swara Bhaskar, Shikha Talsania and producer Rhea Kapoor have begun the prep for their film, Veere Di Wedding. The girl gang met up for their very first cast reading together and looked pretty delighted to get the work started at Rhea's suburban office. The film is scheduled to go on floors in September.

Directed by Shashanka Ghosh, Veere Di Wedding will be presented by Anil Kapoor Film Company and Balaji Motion Pictures Ltd. The movie has been scheduled to release next year.