Kapil Sharma has spoken about how important Ginni Chatrath is in his life when he posted about their engagement on social media. Couple of years later, the two tied the knot in a quintessential Punjabi ceremony in their hometown along with a lavish reception in Mumbai. Besides that, Kapil is also riding high on the success of the second season of The Kapil Sharma Show. Recently, his singer-friend Mika Singh and his brother Daler Mehndi, Jasbir Jassi and Hansraj Hans [all Punjabi singers] appeared on the show. While discussing about moments about the Kapil Sharma - Ginni Chatrath wedding, Mika commented on how Ginni has all eyes and ears only for hubby Kapil Sharma. 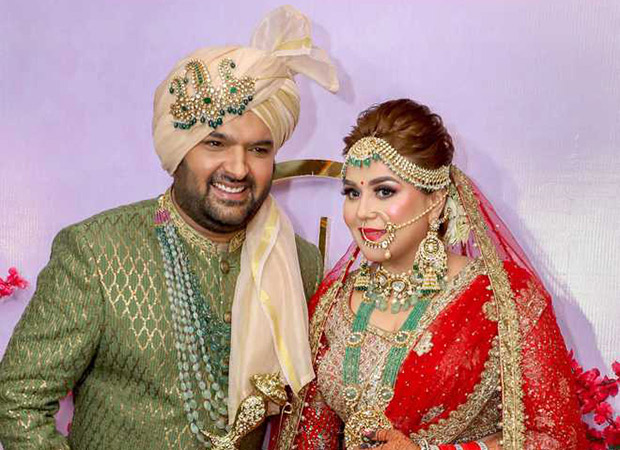 In a video from the said episode that has been doing the rounds on social media, we see Mika Singh and his co-Punjabi singer guests speaking to Kapil Sharma and Archana Puran Singh. The singers are on stage when they start pulling Kapil’s leg. Let us remind you that Mika Singh and some other Punjabi singers were invited at Kapil Sharma and Ginni Chatrath’s wedding where they even put up a rocking performance. While Mika started pulling Kapil’s leg, he also requested his comedian friend, who also has a lovely voice, to sing for his wife.

As Kapil Sharma went ‘O Hansini’ [ a song that was originally picturized on Rishi Kapoor from the film Zehreela Insaan], a smiling Ginni started blushing and the moment was captured by many fans on Twitter and other social media platforms.

On the work front, Kapil Sharma has been enjoying the new season of The Kapil Sharma Show which also features Krushna Abhishek. The comedian tied the knot with Ginni Chatrath in December last year in a week long ceremony including mehendi and sangeet. The couple later hosted a reception in Mumbai in February.

Also Read: Ajay Devgn gives a SAVAGE reply to Kapil Sharma after he wishes the team of Total Dhamaal for their success!