The verdict is out. The recently released film Dhadak is doing fairly well at the box office and has sustained during the weekdays too. The week 1 collections were pegged at Rs. 51.56 crore, which are the highest first week collections for a newcomer film ever. The movie was the launch vehicle of Sridevi’s daughter Janhvi Kapoor and Shahid Kapoor’s half-brother Ishaan Khatter (although he had a release earlier this year, Beyond The Clouds) and both have been fairly accepted by the viewers, as evident by the numbers raked in by the film. And that’s a feat in today’s times when even films starring prominent names sometimes struggle to open or maintain the collections. 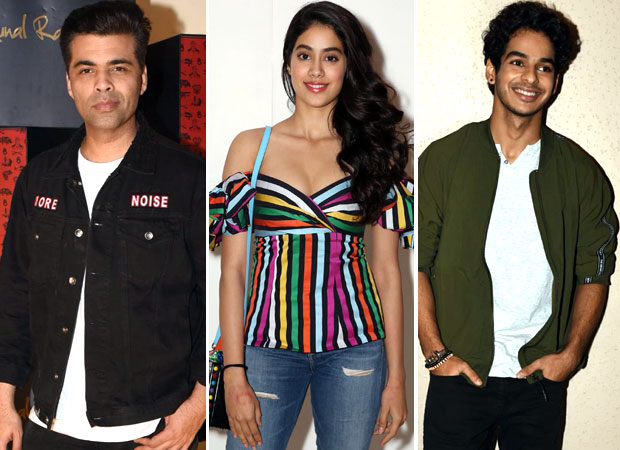 A major part of the credit however should go to its maverick and visionary producer Karan Johar. The way he launches newcomers and nurtures them, nobody else in Bollywood does. He proved this in 2012 when he gave an enviable platform to newbies Varun Dhawan, Alia Bhatt and Sidharth Malhotra in his directorial venture Student Of The Year. Sure, he has an eye for spotting talent and putting them in the correct kind of roles. But that’s not all. He markets them very well too and that’s very important in today’s times. When Student Of The Year was to be launched, the awareness had spread very well that these three debutants will be featuring in this film. And not just awareness, an excitement was also generated. As a result, audiences thronged the theatres to see these upcoming actors from Day 1 itself.

Varun Dhawan, Alia Bhatt and Sidharth Malhotra got accepted with open arms. And Karan worked them again and again, leading to a win-win situation for all. These actors were new and since he gave them his first film, they came at a lesser price. As a result, the films became economically viable. Thankfully, Varun and Alia also became popular with each passing film, with Sidharth struggling at present after a good performance for a few years. Hence, Karan no longer had to take the support of the Khans or any other popular actor for most of his films as he had such great in-house talent. Consider this: Post Student Of The Year and till Dhadak, Karan Johar has produced 18 films, out of which these ‘Students’ starred in as many as 11 films! Only one film out of these 18 featured a Khan (Shah Rukh, in Dear Zindagi)!

In the years to come, Karan Johar is expected to follow the ‘formula’ for Ishaan Khatter and Janhvi Kapoor as well. And that’s not all. In the next one year, he’s launching 2 more talents – Ananya Panday and Tara Sutaria in Student Of The Year 2. The fifth newcomer from Dharma stable would be Sara Ali Khan, who’d be seen opposite Ranveer Singh in Simmba, although she also has another film up her sleeve [Kedarnath]!

So as one can see, Karan Johar not only launches actors. He holds their hands and walks with them on the path of success. At the same time, he doesn’t lock them by signing exclusive deals. The actors are allowed to work outside the Dharma banner as well.

Besides Karan Johar, Aditya Chopra is also known to launch and nurture new talent. In the last ten years, his production house Yash Raj Films has produced around 30 films and half of them have starred his own discoveries in leading or supporting roles like Anushka Sharma, Ranveer Singh, Parineeti Chopra, Arjun Kapoor, Vaani Kapoor, Bhumi Pednekar etc. But the success ratio of these films hasn’t been as good as the films of Dharma actors and almost all of them have worked in bigger successful films outside the home banner. Also, while the above mentioned actors did very well, Aadar Jain and Anya Singh, launched in last year’s film Qaidi Band, failed to create any ripples with the film turning out to be the biggest disaster of YRF probably. 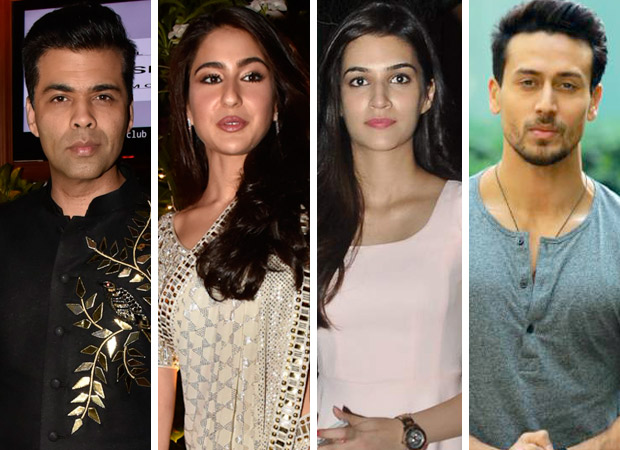 Sajid Nadiadwala too jumped into his bandwagon when he launched Tiger Shroff and Kriti Sanon in Heropanti in 2014. Following the footsteps of Karan, he made sure that his actors made a lot of noise. And the idea worked, with the film turning out to be a grand success. Kriti didn’t work with the banner after her debut film and has recently collaborated again for next year’s biggest comic caper Housefull 4. Tiger meanwhile became a force to reckon with as he gave two back to back super hits with Sajid – Baaghi and Baaghi 2.

Then there were the Bhatts who decided to shun stars and focus on films with super hit music, massy content and newcomers or lesser known stars. Their biggest discovery are undoubtedly Emraan Hashmi, who carved a niche with his ‘serial kisser’ and charisma, and Kangana Ranaut, who today is considered one of the finest actresses, having won 3 National Awards till date. They also gave Kunal Kemmu, Sonal Chauhan, Esha Gupta, Patralekhaa, Kriti Kharbanda, Sapna Pabbi etc their first films and made Aditya Roy Kapur and Shraddha Kapoor into bankable actors. But off late, this drive of the Bhatt brothers have fizzled out.

So Karan, as one can realize, is in the top of this league as his actors did better or rather they were consistent in giving qualitative and successful films and that too in the films backed by him. And when a film does well or when an actor succeeds, he gets in more numbers that benefits everyone in the chain – distributors, exhibitors, viewers etc. It’s a win-win situation for all, in short. Instead of applauding him for doing so much for those newcomers and also for the industry at large, a section of media and netizens have ridiculed him for promoting nepotism. Sure, he has launched many star kids but so what? Are Varun and Alia not worthy enough? Should I not appreciate the outstanding performance of say Alia in Raazi because she’s Mahesh Bhatt’s daughter? Thankfully, the aam junta never supported this needless debate. They have always given love to those who deserve it, regardless of their lineage. These actors might have got their first films on the platter but they managed to make some correct choices later on, preventing them from becoming one-film wonders. And Karan played a huge role in ensuring that they continue to rule the hearts of people.

During the nepotism debate, skeptics conveniently forget that Sidharth Malhotra was not from a film family and yet he got such a great launch, as good as Varun and Alia. Despite his films not doing well, Karan is working with him again on Captain Vikram Batra biopic. He didn’t selfishly ditch him since he’s going through a tough phase. Kiara Advani was forgotten by the industry and he brought her back in the limelight with Lust Stories. Her fan following has spiraled considerably and this should also help her bag more Bollywood projects and brand endorsements.

Sadly, these things are never talked about and a small section looks down on him only because he launches actors who also happen to be star kids. They took their ‘revenge’ by down voting Dhadak on the popular website IMDb and feel vindicated (that it was a remake of a much loved Marathi film Sairat also swelled their anger). Thankfully, viewers at large never get affected by such debates and useless efforts and they have given their love to Dhadak. And indirectly, they have motivated Karan Johar to continue his great work of spotting great talent and making them the superstars of tomorrow!