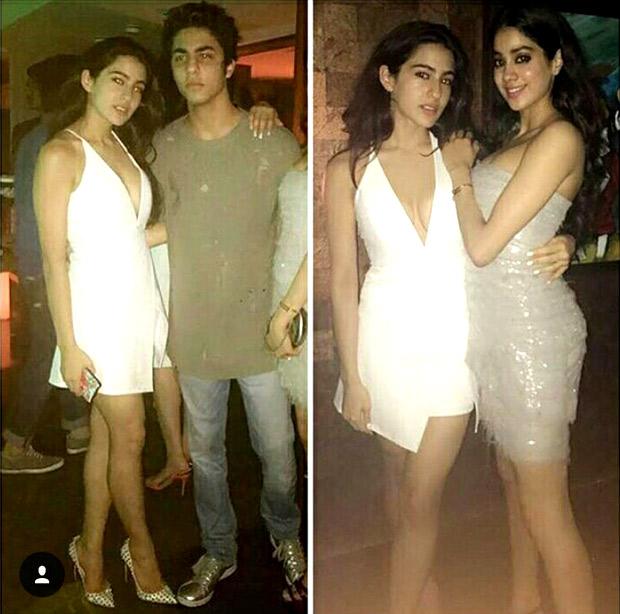 Whilst the Khans and Kapoors are enjoying their celebrity status, it's the gen-next stars audience is eagerly waiting for. Nowadays, it's the celebrity kids who enjoy the limelight even when they are miles away from making an appearance in the films.

Three star kids to look forward to in future are Saif Ali Khan's daughter Sara Ali Khan, Shah Rukh Khan's eldest son Aryan Khan and Sridevi's eldest daughter Jhanvi Kapoor. They maybe away from films but they are already social media stars. Any photos of them instantly break the Internet.

Recently, all three of them attended Karan Johar grand bash on his 45th birthday. The party saw tons of celebrities coming together to have a gala time, it's the gen-next kids who were stealing the limelight from their famous parents. Sara Ali Khan was seen posing with Aryan Khan and Jhanvi Kapoor and it seemed like the three of them share a great rapport.

Meanwhile, there have been a lot of speculations about the two girls who will be making their Bollywood debut. It has been rumoured that Sara Ali Khan will be starring in the film titled Kedarnath with Sushant Singh Rajput that will be directed Abhishek Kapoor. In fact, Sara was recently spotted post dinner with Sushant, Abhishek and her mother Amrita Singh.

Sara Ali Khan is proud to be related to…