While Amala Paul was last seen in Bhaskar Oru Raskal earlier this year, she is all set to return in a completely different avatar in Aadai. Although in her last film we saw her sort of staying away from violence, in this one it seems that the VIP actress is taking action a step ahead. Amala will be seen in one of a kind avatar in this Rathna Kumar directorial. 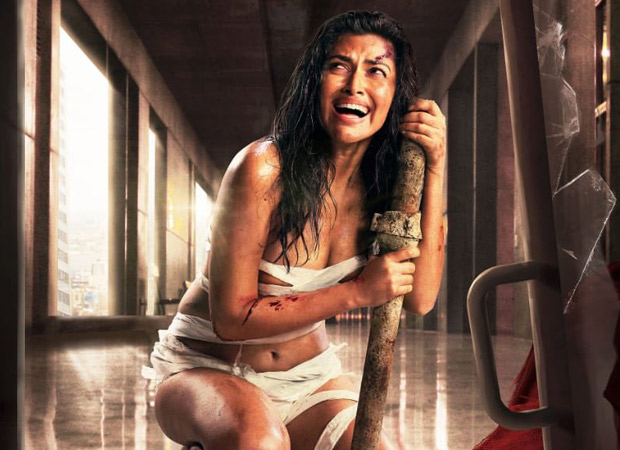 For the uninitiated, Rathna Kumar gained fame with his Tamil debut that released last year, Meyaadha Maan. However, seeing a drastic change from his earlier romantic comedy, the poster of this nitty gritty Aadai has definitely left us stunned. With a bruised, tattered and what also seems to be a tortured look of Amala Paul, the first look poster already has received immense appreciation from the fraternity. In fact, the actress is sporting only a tissue roll wrapped around her body as a part of the poster. The poster was launched by none other than Baahubali star Rana Daggubati.

Coming to Aadai, both, the director and the actress are all praises for this unique film. Amala Paul has, in fact, described that her character Kamini and its intricacies actually has left her shocked. At the same, she also expressed her full faith in Rathna Kumar to bring out the story aptly with an engaging narrative backing it.

Rathna Kumar had earlier revealed that he was very impressed with the acting skills and felt even her looks suited the character perfectly. Speaking of the film, it seems that it has been shot extensively in Chennai. Furthermore, the film’s shooting is supposed to be in its last leg. Although we hear that Aadai will be a blend of genres ranging from dark humour to thriller, the story of the film is being kept strictly under wraps.

Also Read: Kolamaavu Kokila: Nayanthara as a DRUG peddler is bound to baffle you in this trailer!