Ever since the makers have launched the first look of their upcoming film Pranaam which has Rajeev Khandelwal in the lead, the curiosity among the fans has risen up. And now, still from the film where Khandelwal is dressed as a cop has come out. When asked the director Sanjiv Jaiswal, he says, "That’s a small but very pivotal part of the plot. Revealing more than that will give away the story." 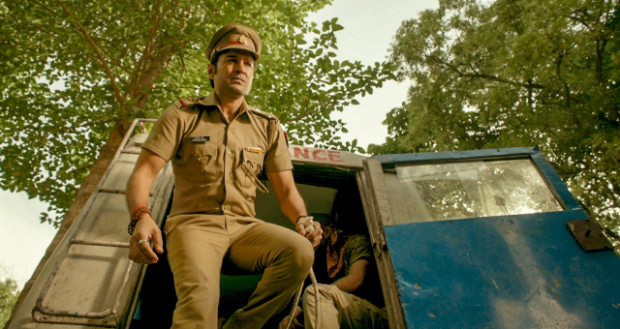 FIRST LOOK: Rajeev Khandelwal is the new cop in town in Pranaam

Interestingly, actor Ayushmann Khurrana was seen playing a cop in Article 15 whereas Akshay Kumar is all set to play one in Sooryavanshi. Rajeev, who is known for films like Aamir and Table no. 21, plays a peon’s son in Pranaam who aspires to be an IAS officer though the turn of events changes his path leading him to turn into a gangster.

Produced by Anil Singh, Nitin Mishra and Rajnish Ram Puri under the banner of Rudraksh Adventures Pvt Ltd., Pranaam is slated to release on August 9th, 2019 across the nation.