Kartik Aaryan is continuously acing his game with interesting film projects. His upcoming film - Pati Patni Aur Woh, an adaptation of BR Chopra’s 1978 film with the same title has already created quite a buzz, and Kartik is all set to gobsmack the audience with his never-seen-before look in the film. 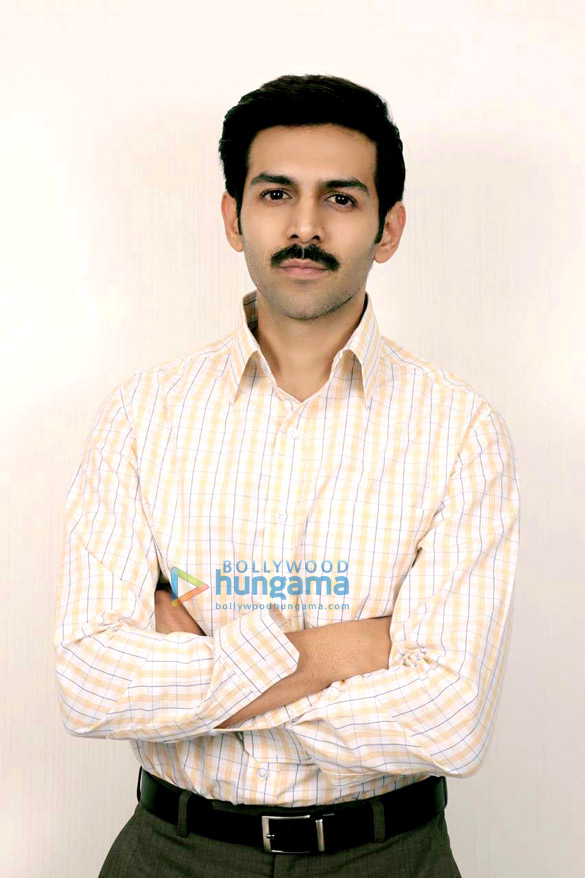 Being a thorough professional, Kartik, in-order to get into the skin of his character, has shed his cool-dude swag and instead will be seen sporting a slightly mature look replete with a chevron style moustache in the film. While Kartik is looking absolutely different, his new look is refreshing and needless to say, the actor is all set to woo us with the makeover

Speaking about Kartik’s never-seen-before avatar, producer Bhushan Kumar, T-Series, said, "To essay his character in Pati Patni Aur Woh, Kartik has donned a new look which is bound to surprise everyone. All of us on the set were taken aback to see this transformation of Kartik from a boy-next-door to a mature individual. He looks visibly different from the characters he has played in the past. I am sure this decision on his part to experiment with his look will be liked by his fans.”

Adding further Producer Juno Chopra, BR Studios said, “Kartik’s new look is sure to surprise everyone. Especially because no one has ever seen him in this look before. He is playing a newly married man in the film and his look needed to be changed. Kartik was sporting enough to go to any length for his character and we are excited to begin shoot for the film”.