Kartik Aaryan is all set to feature with newbie Ananya Panday in the official remake of Pati Patni Aur Woh. The movie will also star Bhumi Pednekar. Produced under the banner of Bhushan Kumar’s T-Series, this movie has already created a lot of buzz in the industry. The trio will be seen together for the first time and this will be Ananya’s second film after Student Of The Year 2. The project was recently announced by the Bhushan himself and now, he has taken to Twitter to announce that the movie’s first schedule has commenced. 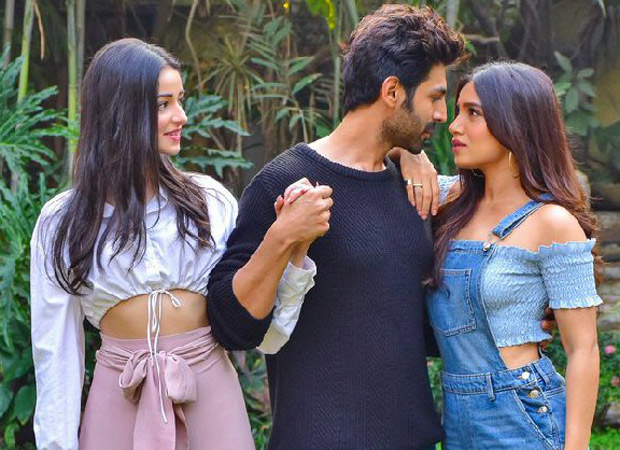 The shared image features director, Mudassar Aziz, Kartik, Ananya, and Bhushan himself. The movie is a remake or rather a modern take on the classic Pati Patni aur Woh. It will be extensively shot in Mumbai and the makers are super excited to show the audience their quirky take on the subject of extra marital affair.

The release date for the movie has not been revealed yet. There are speculations that Ananya plays the role of the girlfriend while Bhumi plays the wife.

Also Read: Kartik Aaryan was scared that the ‘backfie’ might backfire