Hrithik Roshan kicked off the shoot of his much talked about film Super 30 last month on the auspicious occasion of Saraswati Puja. Now that the film is well in the midst of its Varanasi schedule, we caught a glimpse of Hrithik Roshan as Anand Kumar. It is a known fact that the actor plays the role of a mathematician who was instrumental in providing academic facilities for the underprivileged. 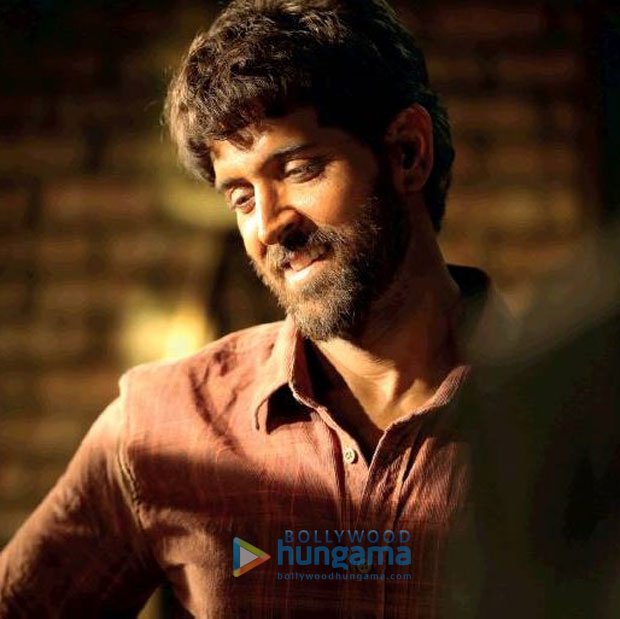 For the uninitiated, Super 30 brings forth the struggles of Anand Kumar who has been training underprivileged kids in for IIT-JEE entrance exams for over a decade. Hrithik Roshan plays the protagonist and here’s his rugged look from the film. Dishevelled hair, overgrown beard and moustache, the actor looks quite different from his usual dapper looks in films.

Furthermore, considering the simple man Anand Kumar is, Hrithik’s perfect shaped Greek God body too hasn’t been flaunted in this look. On the other hand, talking about the film, Hrithik kicked off a new schedule in Varanasi today. The unit will also shoot in Patna and Bhopal soon with both having a 10 day schedules each. Also, sets of the Bihar capital will be erected in Mumbai too. Here major portions of the film will be shot after the unit wraps up the Patna schedule in May.

Also, we hear that Vikas Bahl is taking special efforts for recreating sets in Mumbai to make it look authentic. On the other hand, we hear that the makers are expecting to wrap the film by May. So that Hrithik Roshan gets time to take his sons for a summer trip, post which, he will start his next project. His next project features him as Tiger Shroff’s mentor.

As of now, the Varanasi schedule too is said to be only for 10 days after which Hrithik Roshan will return to Mumbai. Super 30 is produced by Madhu Mantena, Sajid Nadiadwala in collaboration with Shibashish Sarkar. The film is slated to hit the big screen on January 25 next year.