Last Updated 10.08.2020 | 7:00 AM IST
feedback language
follow us on
Home » News » Bollywood Features News » Bollywood News Fardeen Khan SPEAKS about body shaming; reveals that he laughs off comments made on him!

Fardeen Khan, who has been away from Bollywood and the city, recently came into limelight yet again when he attended the book launch event of his sister Farah Khan Ali along with his wife Natasha. During the same, the actor uninhibitedly spoke to the media regarding the varied body shaming comments he had to face recently when one of his pictures went viral last year. The actor had visibly gained a few pounds which led to many media speculative reports about his weight gain and Fardeen strongly condemned the body shaming reaction of media! 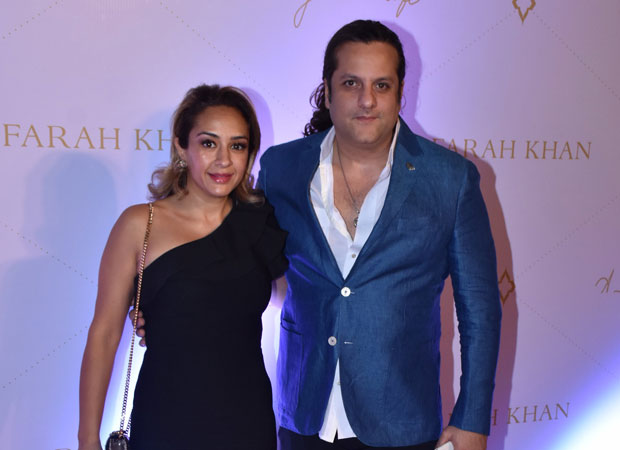 In recent reports, whilst attending the book launch of Farah Khan – A Bejewelled Life, Fardeen Khan discussed a wide range of topics including the go getter attitude of his sister Farah and why he hasn’t been able to catch up on the ongoing IPL. Amidst that, he was also questioned about he deals with varied cons that come along with fame which also includes receiving flak and trolling. During the same, Fardeen addressed about the way he faced body shaming comments last year saying that he doesn’t care about them anymore.

On the other hand, Fardeen Khan also hinted at making a comeback in Bollywood during the same event. When he was asked if he has any plans of returning to the big screen, he said, “In different capacities, I want to act. But basically, I want to direct and produce and have been planning on that. We will be making a formal announcement soon.”

Also Read: CUTE! This picture of Fardeen Khan with his new born son Azarius is adorable