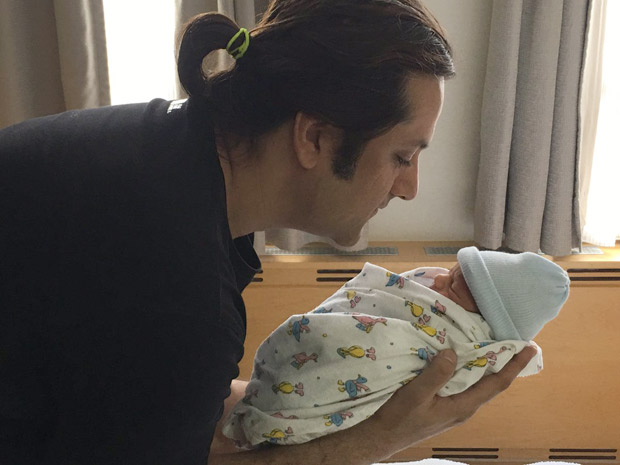 Fardeen Khan, who has stayed away from Bollywood for quite some time now, recently announced the arrival of his second child on social media. Rejoiced by the arrival of their son, Fardeen has now shared a picture of his new-born too on the same platform.

Earlier, not only had he announced about welcoming his son but also spoke about the name the couple had decided to give their son. He posted, “We are overjoyed to announce the birth of our son Azarius Fardeen Khan who was born on the 11th of August 2017.” Post the same, congratulatory messages started pouring in for Fardeen from not just fans but also his co-stars from the fraternity.

After that, Fardeen Khan decided to give everyone a glimpse of their son Azarius and posted this picture on social media wherein he also thanked everyone who have been sending across their best wishes by saying, “Thank you for the congratulatory messages and wishes. Our best to all of you as well. Diani, Natasha & FK.”

Fardeen Khan tied the knot with long-time girlfriend Natasha Madhwani in the year 2005 and the couple welcomed their first child Diani Isabella Khan in 2013.

On the film front, Fardeen Khan was last seen in the Shah Rukh Khan, Sushmita Sen starrer Dulha Mil Gaya in the year 2010. There have been several rumours about his forthcoming projects but Fardeen is yet to reveal details on the same.