Recently, Shahid Kapoor left B-town awestruck with his Kabir Singh avatar in the teaser of the film by the same name. The actor has been dedicating quite a bit of time for this Sandeep Vanga directorial that is a remake of the Telugu blockbuster Arjun Reddy. Now that they have wrapped up the same, the actor has taken off on a family break where he is spending quality time with wife Mira Rajput and his kids, Misha and Zain Kapoor. 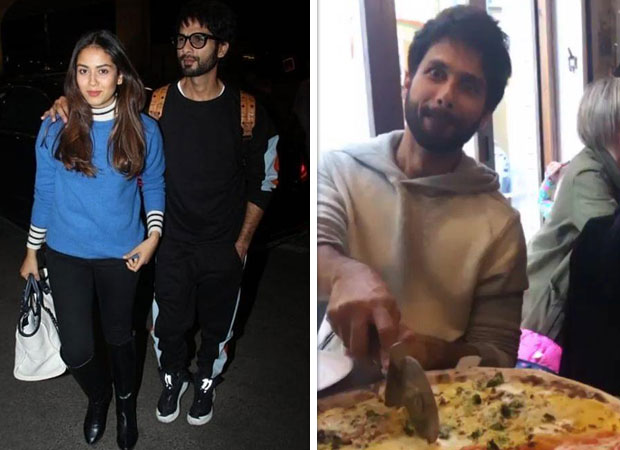 According to the social media posts of Mira Rajput, the couple has taken off on a short trip to London. The star wife has been sharing pictures and videos of their England shenanigans on social media pages and putting it up as her Instagram stories. In one of the posts which was a boomerang, we see Shahid Kapoor looking all set to gorge on the yummylicious pizza! Mira revealed in the said post that the actor ended up eating the whole thing.

We all know that Shahid Kapoor underwent rigorous training to become Kabir Singh. The actor will soon kick off prep for his next in which he is expected to play the role of the boxer Dingko Singh. Before he starts another round of physical training, it seems that the actor wants to have most of the vacation and enjoy some local delicacies in London.

While Mira can’t stop some interesting Instagram stories about her recent London trip, here are few other shenanigans she shared from the England capital.

Also Read: Shahid Kapoor and Kiara Advani snapped at the wrap up party of ‘Kabir Singh’