Amazon Prime Video, India’s most loved entertainment destination, is bringing a New Year treat for its viewers as the service enters the live cricket streaming play, starting 1st January 2022. To mark this occasion and welcome New Zealand Cricket to the Prime Video Family, Manoj Bajpayee, the lead of the most watched Amazon Original, The Family Man and Sayani Gupta, the star of Amazon Originals, Inside Edge and Four More Shots Please! engaged in an interesting conversation with star cricketers from New Zealand’s men and women’s teams, including Kane Williamson, Sophie Devine, Suzie Bates, Amelia Kerr, Tim Southee and Kyle Jamieson. Through the conversation, Manoj and Sayani, dug further into the teams’ strategy to face Indian women’s and men’s team during their upcoming tours of New Zealand, presently scheduled in February and November 2022 respectively. At the same time, the two actors also surprised the cricketers and audiences with their knowledge and love for cricket. 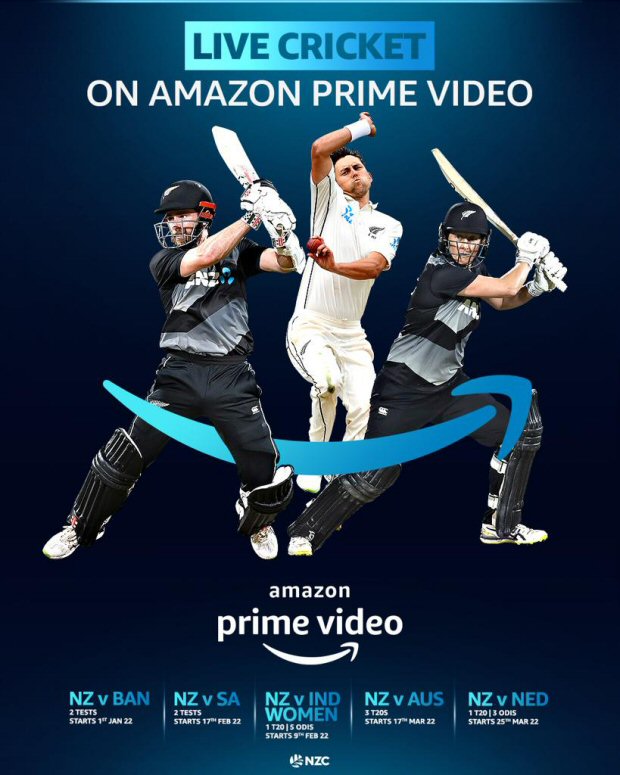 Manoj and Kane Williamson, captain of the New Zealand National Team, also engaged in a fun fireside chat with each other. Being the Family Man, Manoj welcomed Kane into the Prime Video Family, and in true Srikant Tiwari style, also taught Kane to say “Don’t be a minimum guy”. Kane revealed the similarities between cricket and Manoj’s immensely popular show, with both featuring a healthy dose of drama and entertainment. Kane hilariously listed his teammates, Glenn Phillips as someone who could make a good spy and Mitchell Santner as someone who could do well in a corporate job. Before signing off, and in an interesting turn of events, much to Manoj’s surprise, Kane mentioned Mirzapur as his favourite show on Amazon Prime Video.

Talking about his chat with Kane Williamson, Manoj Bajpayee said, “I played cricket in school and was excited to have the chance to speak to Kane, someone who is known the world over, not just for being a legend on the pitch but being a delightful human even off the pitch. His batting style aside, I think his smile and sense of humour is infectious, and I would certainly want to share the screen with him again, if not the pitch! I am thrilled that we’ll get to watch New Zealand Cricket’s matches on Amazon Prime Video and wish Kane the best of luck for the upcoming tournaments.” 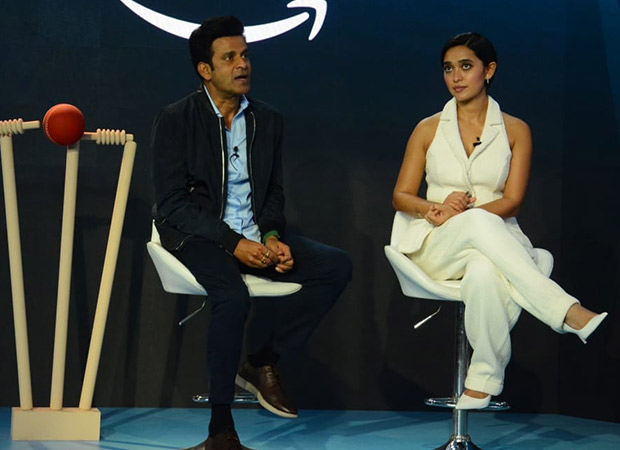 Elaborating on her conversation with the New Zealand women’s and men’s cricket teams, Sayani Gupta said, “I play a cricket analyst in Inside Edge and a journalist in Four More Shots Please! and interacting with these amazing cricketers from New Zealand was like taking little parts of my many on-screen personas to real life. As an avid cricket lover, it was a pleasure to speak to both, the men and women’s teams and I wish them all the best for the upcoming season, especially as they face the Indian men and women’s cricket teams in 2022. I can’t wait to catch the action live on Amazon Prime Video.”

“Cricket is undoubtedly the most loved sport in India and our collaboration with New Zealand Cricket underlines our commitment to give our customers what they want. The upcoming series will be Prime Video’s first foray into live cricket in India,” said Gaurav Gandhi, country head, Amazon Prime Video, India. “The New Zealand cricket team has built a reputation of being one of the finest in the game and undoubtedly cricket fans in India will be delighted experiencing the exciting sporting action live exclusively on Amazon Prime Video. We are excited to start our live cricket journey in 2022 – an action-packed year that will see both Indian women’s and men’s teams tour New Zealand. Today is truly Day 1 of our sports journey.”

Prime members will be able to exclusively stream the highly anticipated series between the Indian and New Zealand Women’s Cricket Teams in February 2022, as well as, the Indian and New Zealand Men’s Cricket Teams presently scheduled for November 2022. This is in addition to matches that are presently scheduled to be played between the Men’s teams as a part of Bangladesh’s tour of New Zealand in January 2022, South Africa’s tour in February 2022, Australia’s tour in March 2022 and Netherland’s tour in March/ April 2022.

To watch the matches, Prime members can go to the Prime Video app on their respective devices and will see matches shown in a carousel for Live Cricket or they can search for “New Zealand Cricket” in the search bar. They can stream these matches online through their web browser, mobile devices, internet-connected TVs, set-top-boxes, Fire TV sticks and other compatible devices. For a list of devices compatible with Prime Video, please visit primevideo.com