Empathy – the ability to understand and share the feeling of another. From the singer who gave us a song like ‘That’s Okay’, it doesn’t come as a surprise that popular K-pop group EXO’s vocalist D.O. (Doh Kyung-soo) would give an album that shows the capability and emotion to understand another human being. Undoubtedly, one of the highly anticipated solo releases of 2021, D.O.’s first solo EP Empathy has won hearts worldwide. The album contains 8 tracks, each narrating a story unique to itself. 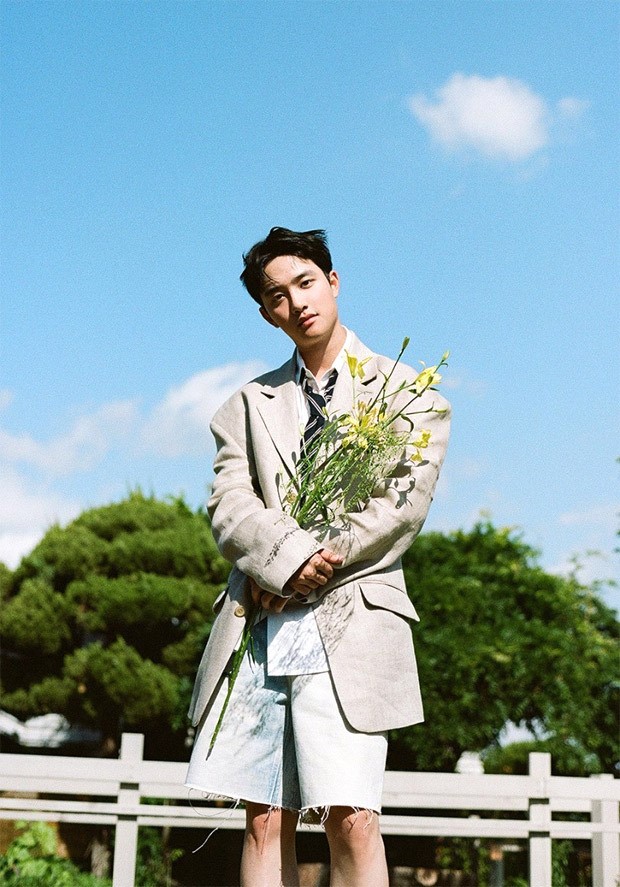 Prior to the EP release, in proper SM Entertainment fashion, teaser images and highlight medley for the album were released. The highlight medley video was no less than a short story itself. D.O. stuck to R&B and pop genre for his EP. The trilingual solo album is no less than an auditory and visual treat for the fans. With slice-of-life lyrics, to D.O.’s soft vocals, in addition to an animation-infused music video for ‘Rose’, D.O.’s Empathy has something for every kind of listener. The album was released on July 26, 2021.

The first four tracks of the album – ‘Rose’, ‘I’m Gonna Love You’, ‘My Love’ and ‘It’s Love’ - present a love story. From the initial phase of feeling the emotions of love, to being immersed in it, the songs are brimming with the emotion of romance. There comes a small leeway with the track ‘Dad’ which is like an ode to all the fathers. With I’m Fine, D.O. departs from the notion of romance and onto something very basic and human. The final track ‘Si Fueras Mia’ is a completely Spanish language track about romance.

Let’s take a deeper look at each of the eight tracks from D.O.’s solo EP Empathy.

The title track for the album ‘Rose’ is a breezy and dreamy song. It falls in the folk-pop genre for the use of acoustic guitar and minimal-sounding instruments. D.O.’s vocals express the joy and funk in the lyrics. Listening to the song feels like feeling light on the feet after a wonderful day. It is a love song through and through which appreciates the lover. ‘Rose’ is considered the ultimate symbol of love and beauty in flower language. Calling his lover prettier than a rose is his way of expressing his ultimate feelings.

The music video for ‘Rose’ shows D.O. cruising across the town on his cycle. The added animations like water spouting from the hydrant to small animations on his headphones make the music video a pleasant watch. The English version of the track is an equally joyous listen!

While the first song was a love confession, the second track from the EP shows the determination to continue loving. Picking up day-to-day activities like drinking coffee in the morning, D.O. uses simple routine to express something profound as love. Rapper Wonstein makes a guest feature in the song. His verse brings a slightly different perspective to the song. The continuous guitar riffs lend a dreamy feel to the song. With lyrics like “As if I'm taking a breath/ I'm gonna love/ It's so easy”, D.O. takes the listeners breath away. He speaks about a love that is so ingrained in him that it comes naturally to him like breathing. What more proof does one need?

Have you ever had those late-night walks and endless conversations that make you want your time with the person to never take a break? D.O.’s ‘My Love’, co-composed of eaJ (Jae of the group DAY6), is that track that embodies this feeling. Narrating his thoughts while on a date, D.O. speaks about how he feels his love for the person in every waking moment. Being in love is something special and feeling that emotion is an extraordinary experience. When he croons, “The night sky, the starlight, your eyes/ Everything I see with my eyes/ That’s just my love” D.O. captures the essence of romance and reeling in those feelings. 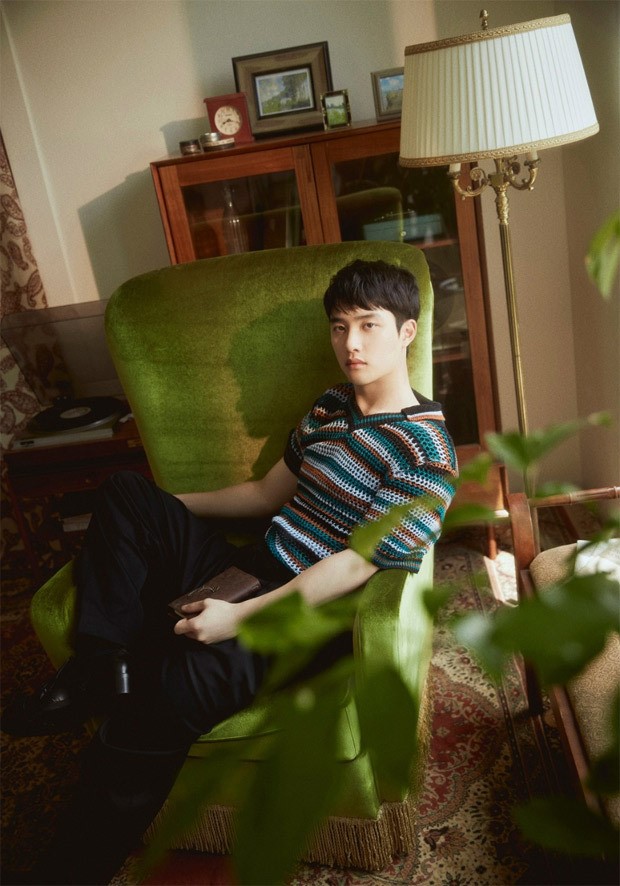 Love is something that all of us seek. It is love that makes us want to do well and be good. It is love that often gets us through the day. Love has its forms for each individual. In ‘It’s Love’, D.O. sings about the love that he once felt and wishes to feel again. The Korean title translates “It’s love, once again”. He echoes this sentiment in the refrain with the lines, “What I want to meet around the corner/ Is love again”. Like the poet, Christopher Poindexter said, “And in the end, we were all just humans, drunk on the idea that love, only love, could heal our brokenness” somewhere rings true in this song.

You must be wondering why the mention of a father in an album that is seemingly close to love? Well, this is because D.O. has something in store for every listener. The album title Empathy is quite self-explanatory. The songs embody the basic feeling of empathy rooted in the feeling of love. Listening to ‘Dad’ for the first time feels like a nostalgic ode for a former love, it isn’t until the first chorus that the twist comes in and give a whole new meaning to the song. D.O. pays homage to all the fathers and father figures out there –“You've endlessly looked strong/ You've had to turn around and endure things alone”. Often we fail to express our love and appreciation to those closest to us. With this track, it became a little easier to do so. Complimented with mild guitar riffs and bass music, the song has all the perfect elements to make it the perfect song for expressing one’s heart.

‘I’m Fine’ is a letter to the ones who deeply care for you. In our modern day-to-day lives, it has become quite mechanical to say ‘I’m fine’ after being asked ‘How are you?’ The phrase has seemingly lost its meaning over time. In this song, D.O. urges the listeners to be honest about how they are feeling. The snaps accompanied with the acoustic guitar riffs make you play along to the song. The song is easy on the ears because of the music and it becomes an instant earworm. Songs like these that speak volumes with simple words, need equally simple music to deliver their message at the finest. Next time when asked “How Are You?” then “Without hesitating for a moment/I sincerely hope you tell me, "I'm fine".

Musically speaking ‘Si Fueras Mia’ sounds similar to ‘It’s Love’. But the lyrics of the song paint a different vibrant picture. Despite being a Korean singer, D.O. makes a beautiful attempt to sing in Spanish. We had first heard him sing in Spanish when EXO had visited Chile for Music Bank. The group had sung ‘Sabor A Mi’ and D.O. had taken up singing the highlight verses. ‘Si Fueras Mia’ is a love letter, to put it simply. It is a song that expresses “what it would be” and paints a fantastical picture with words like “There is nothing I wouldn't do/I would give you the entire world in a second/ If only you were mine.”

With the album starting with a love confession track ‘Rose’, ending with another love confession track ‘Si Fueras Mia’, D.O.’s Empathy comes to a full circle. The songs are easy-going and calm to the ears. The acoustic guitar is a common musical instrument for all songs. D.O. sticks to lower tones while singing and staying true to the genre. From romantic love to filial love, to even a shared connection between two people, D.O. does justice to the title Empathy by showcasing empathy for each relationship one can have in their life. As stated previously, there is something for every listener.