Ranveer Singh and Alia Bhatt have begun the promotions of Gully Boy in full swing. The duo reached the sets of The Kapil Sharma Show where they had a blast. Not only did they enjoy promoting the film, Ranveer Singh even gave a glimpse of his rapper side. 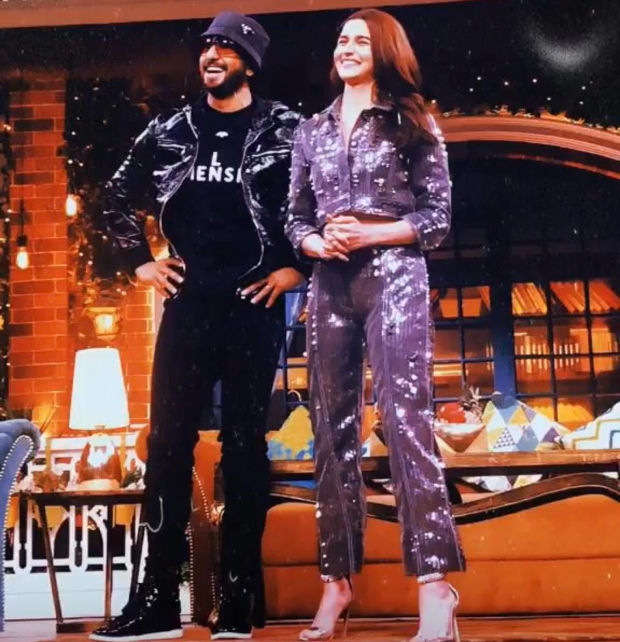 Ranveer Singh, who is essaying the role of a street rapper, is seen rapping on 'Apna Time Aayega' for the audience as Alia is seen dancing along. The duo even showcased some slick moves on 'Mere Gully Mein' as the fans cheered for them.

Ranveer Singh, Alia Bhatt and Zoya Akhtar are all set to Berlin as their film is going to be premiered at Berlinale Film Festival 2019.

The audience has been hailing the rapper avatar of Ranveer Singh in the real world of underground music. Directed by Zoya Akhtar, Gully Boy is produced by Ritesh Sidhwani and Farhan Akhtar under the banner of Excel Entertainment in association with Tiger Baby and this film on the underground rap movement in India is slated to release on February 14.