Gashmeer Mahajani, who is currently playing the role of Journalist Aditya Kumar Tripathi in Star Plus' popular drama, Imlie is enjoying a lot of popularity amongst the audience. The actor has also developed a great fanbase since his stint in the show. Gashmeer began his career with 2010 romance, Muskurake Dekh Zara. He then took a break from the industry and immersed himself in theatre; acting at Prithvi Theatre in Mumbai for four years. He then made a comeback in his Marathi film debut in 2015 with Sanjay Londhe’s Carry On Maratha opposite Kashmira Kulkarni. Now after doing several remarkable projects in the Marathi industry, Gashmeer has tried his luck in television. 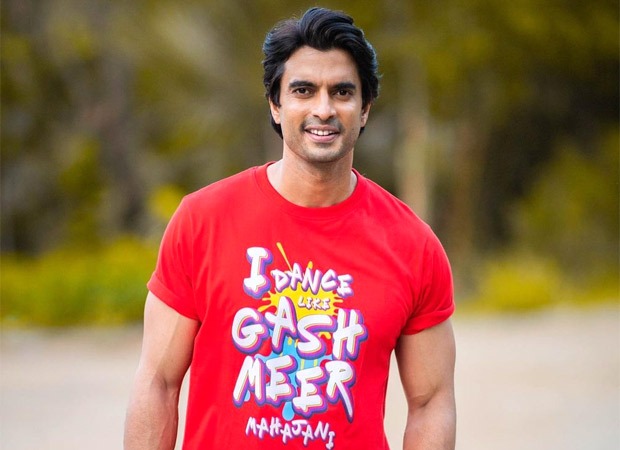 In an exclusive interview with Bollywood Hungama, Gashmeer spoke about how his character Aditya Kumar Tripathi.

How do you respond to the overwhelming response your show and your character Aditya Tripathi has been getting it?
See whatever work you do for any actor or any maker of any sort - be it a filmmaker, any actor -  you are creating something which you are going to take to a large mass of audience. If it is appreciated, it is always better for the actor because you can experiment with yourself. What happens is appreciation is equal to success. If people are liking what you are doing, you are going to have the liberty of doing things your way. Otherwise, what happens is if people don't like what you are doing or if people don't even notice it, then you don't get the liberty to work according to your way. People ask you to work in their way and my way wouldn't get accepted. So, the becomes more difficult. For me, appreciation is more important because it gives me the confidence and the liberty to work in the way I want. To experiment and grow more in my work. So that way I love the appreciation.

But, secondly, I think in the long run such characters need to be created every time. This is one milestone. I need at least 15-20 such milestones in my career over the next 8 to 10 years to make Gashmeer Mahajani a household name. That has become the mission and that's the most important thing and I have to achieve it.

So, I cannot bask in the glory that my serial has worked and my character has become popular. There is no point in taking it too seriously or climb it in the head. It will take around 8 to 10 years to make Gashmeer Mahajani a name. I do enjoy it because it gives me the liberty but I don't take it that seriously also because it is just one of the characters, I need to create at least 10 more such characters.

So ultimately your target is to make Gashmeer Mahajani a household name too just like Aditya Tripathi?
Gashmeer Mahajani has to be the household name. People should watch a particular show or a film or a web series because Gashmeer Mahajani is there and they follow Gashmeer Mahajani's work. So, for that creating a huge body of work which is largely successful also is very important. So, creating tens of different characters which successfully make their way to people's hearts. One Aditya Kumar Tripathi is not enough. I need to keep working on different projects and create different characters in different mediums, not just Television. Be it web series or films. Currently, the work for web series and films has been halted for a bit for the past 6 to 8 months because of the lockdown.

How much are you connected to your character Aditya Kumar Tripathi?
I believe and I personally follow that in any portrayal that I do in a character or any portrayal I have done so far I have lent it my personality and a part of me has been dedicated to that. I have been donated to that character. So, then what happens is eventually the character becomes unique to you, nobody can do that. I have given a part of my personality to it. If a core part of you is not in that character, not even an ounce of you then you're faking it. The character becomes a lie. For it to look real, for it to seem real, for it to touch someone's heart, it has to have a part of your personality. So obviously Aditya Kumar Tripathi has a very large part of Gashmeer Mahajani. Obviously, a lot of traits that he has, any of the big actors you see it from yesteryears or even today all around the world, you'll always see a part of their personality that is meant to any character they portray. but that gives it realism. That gives it the reality it requires. So obviously, there is a large part of Gashmeer Mahajani in Aditya Tripathi. That's why when you look at Aditya Kumar Tripathi, you can not imagine anybody else in that because a lot of me has been lend to it. It's not just any character that I have created and I'm a different person, it can not be like that. The character and you can not be completely different, it is not possible. A part of you has to be there in the character. Not just Aditya Kumar Tripathi, any character that I have played in Marathi Cinema so far  or the Shrikanth web series which I did, every character that I had played, there is a part of me. 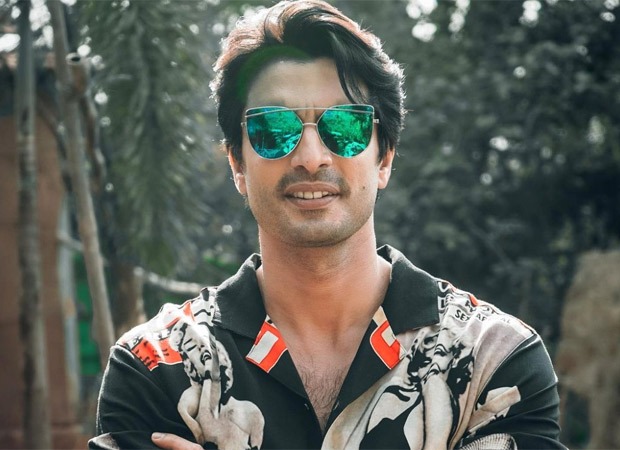 What are the similarities between Adiya and Gashmeer as in person?
I think the unapologetic attitude of Aditya Kumar Tripathi has been created by me, from my own personality. Like if he makes a mistake he will own up to it. The certain decision which he makes in his life, even if they are crowned upon by people if he believes that they are right he will go ahead with it. So, the conviction Aditya Kumar Tripathi carries, the unapologetic attitude he carries that I feel this is right according to my morals even if the society or certain section of the society doesn't agree with it, I'll still gonna do it and go ahead with it. So, the attitude reflects from Gashmeer only. That attitude was not there in the character, it was not like that initially. It was something I lent to it. That's how I decide to carry the character. It has significant similarities to my personality. When I do something, I believe in something even if there is a large section of people around me who don't understand it or believe in it or think it's not the way of doing things. But I believe this is the correct way of doing things, I go ahead and do it. My decisions don't get altered by what other people think. That is something which even Aditya Kumar Tripathi does. They both are very convinced about their thoughts.

What are the things that can never be the same in Gashmeer and Aditya Tripathi? In which things are they poles apart?
I don't think so there is any. There is nothing at all. Not even a single thing. may be audience could spot it, but I can't see any difference. Because if there were, I would have felt it and that scene would have come in a very unconventional way. I would have fake it, but I don't think so I have 'fake' anything. Many a times, there are some stupid things because some people believe that television is required to be stupid. Unfortunately, this happens, so I don't end up doing stupidity and I don't bother much. In such scenes, I'm very passive and ask them to just make stand apart. I don't abide by it.  So in those scenes, I'm really not active, I just stand there because I'm getting paid for that day.