While promoting her upcoming biopic sports drama film Shabaash Mithu, Taapsee Pannu seems to be drawing parallels between what she faced in Bollywood and what Mithali Raj underwent as a cricketer. During the conversation with Bollywood Hungama, the actress also touches on the presence of deep-rooted patriarchy in the system as well as within us as a community and recalls how some male directors tend to not take up female-driven films after doing a couple of them while it’s not the same for male protagonist films. 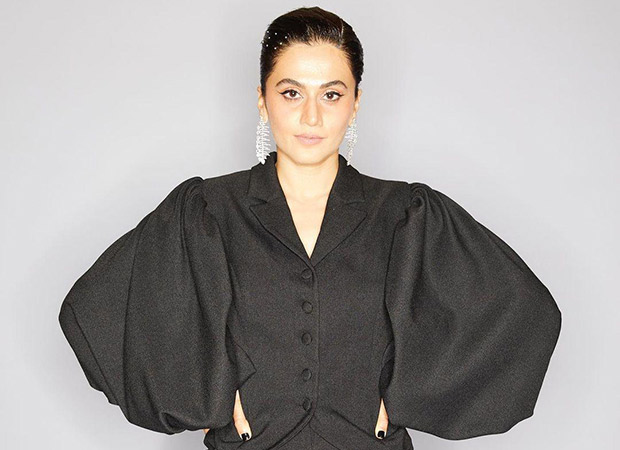 EXCLUSIVE: Taapsee Pannu speaks on how some directors are not intimidated by female-driven films – “Soch milni chahiye, woh milti hai”

Speaking about the current situation of female-driven films in her candid conversation with Bollywood Hungama, Taapsee shared, “You won’t believe there are so many times I’ve heard from some male directors who have done one or two female-driven films and are offered another one, they say ‘nahi yaar maine bahut female-driven film karli. Ab mujhe female-driven film nahi karni hai, mujhe male protagonist..’ I mean their career, their choice. They should be allowed to choose..”

Furthermore, she goes on to stress on the fact that how this isn’t the case for a male-driven film. “That director never speaks who might have done a film with ten (10) male protagonists. He does not hesitate to do the 11th one. So this should not be the reason why you should not do female-hero films because you have done a couple of days now. So you won't do another.”

However, when asked about how she doesn’t seem to intimidate many male directors like Srijit Mukherji and Anurag Kashyap, with whom she’s worked previously, Taapsee explained, “We work as teams. Soch milni chahiye, woh milti hai. Chaahe woh Anurag ho, Anubhav sir ho ya Srijit ho.. sabke saath.. woh soch connect acchi hoti hai. And they are not intimidated that they are doing a film which has a female protagonist.”

Also Read: Taapsee Pannu talks about her salary; says, “Films don’t fail, budgets do. When i talk about my salary, i make sure that the producer does not lose money”