Bigg Boss 15 fame Rajiv Adatia is yet again garnering attention with the reality TV show Khatron Ke Khiladi 12. The entertainer has been winning hearts in yet another reality show and has also been doing some pretty adventurous stunts fearlessly. Rajiv is happy that the Colors’ adventure reality show, hosted by action director Rohit Shetty, has opened to great numbers. 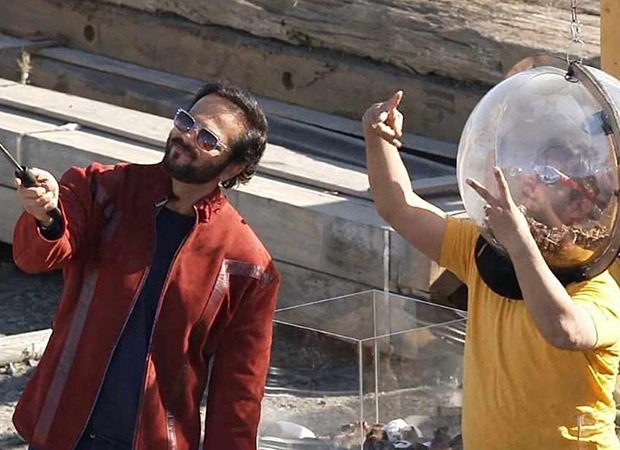 Khatron Ke Khiladi 12: Rajiv Adatia is covered in worms and cockroaches; Rohit Shetty clicks a selfie with the contestant during the stunt

Speaking of performances, readers would be aware that the show premiered on Colors a day ago and gave us all a glimpse of the kind of stunts we can expect in this season. When one such interesting task was recently given to Rajiv, who performed it quite confidently, host Rohit Shetty was seen clicking a selfie with him. It seems that he was given a task where his face is covered in a closed circular transparent helmet of sorts as it is filled with cockroaches and worms. He even posted this photo on his social media with a caption stating, “Yes that’s right I won my stunt and that’s Rohit Sir taking a selfie with me while im with cockroaches, worms!! ? @itsrohitshetty what a fab selfie sir!! ?? “

Coming to Rajiv, a source close to the actor revealed that he is loved not just for his performance but also because of how entertaining he is on the show. The source said, “He is tagged by the fans not only for his appreciative performances in tasks but also for his one liners and entertaining persona as he is often seen being lauded by the host Rohit Shetty himself.”