Walt Disney’s family adventure Strange World has finally graced big screens and just like any other Disney animated film, this one also teaches us a few lessons in a very subtle way. Directed by Don Hall, the action-packed comedy adventure Strange World introduces a legendary family of explorers, the Clades, as they attempt to navigate an uncharted, treacherous land alongside a motley crew that includes a mischievous blob Splat, a three-legged dog Legend and a slew of other ravenous creatures. Strange World is co-directed by Qui Nguyen who also penned the screenplay. 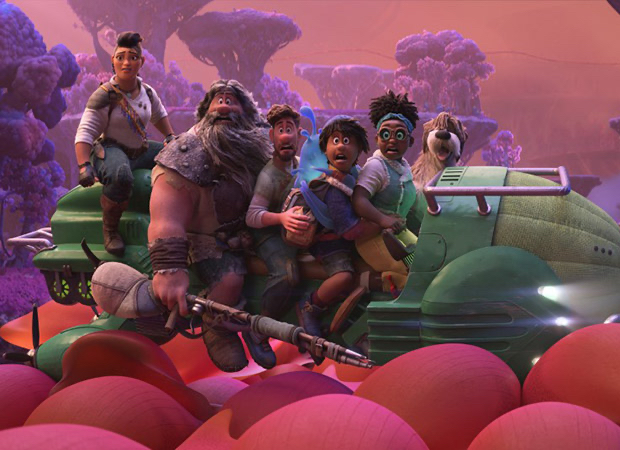 As the film navigates through relationships between fathers and sons across three generations, it also attempts to talk from the perspective of environment and address the notion of ‘living harmoniously with nature.’ Don previously directed 2016 award-winning film Moana which also had a similar theme related to environmental concerns. In an exclusive conversation with Bollywood Hungama, the director shared his core reason behind such choice of features.

“I think environmental concerns to me are – it's just the biggest question that we’re wrestling with in our lives,” Don said. “I just don’t think there’s any bigger question that faces humanity right now. So, it’s very much top of mind. When this movie started, my kids were little, they are a little older now but still that was just – as a parent, it’s very much top of mind like what world are my kids going to inherit.”

“What world did I inherit and what responsibility do I have as a parent to be a good ancestor, not just for my kids but generations to come,” he added. “To me, it’s just the biggest [concern] that we face right now.” As the film touched the topic of environmental concerns, it also subtly addressed the representation of LGBTQ+ while telling a generational story.

Talking about how important it was to seamlessly yet impactfully weave a forward-queer conversation between Jaeger (Dennis Quaid) and Ethan (Jaboukie Young-White) into the theme of this coming-of-age story, Don shared, “It’s very important to us as filmmakers and to, you know, tell stories with as much diversity and inclusion as possible. Our audience is everybody.”

“They are [the people] we want, to watch these films and we want our stories to be relatable to everybody and we were so thankful to be able to tell the story. And we so much love Ethan and can’t wait to share him with the world.” While Strange World does touch on some mature, progressive topics, it is indeed true to its name with such bizarre, quirky and stunning visuals that is definitely a feast for our eyes.

Speaking of the reason behind such choice of vibrant, trippy colors in the film, co-director Qui Nguyen commented, “Well, I think a big reason was we wanted to make sure that the top world felt different than our stranger world. Down below Avalonia had to have a very unique feel... When you went underground, you lost some of its colors that you’re used to seeing on the top world.”

“Blues, greens... the things that have been signified as beauty, suddenly you had to find a new relationship to color down below,” he added. “So, that’s why the colors were chosen [the way] they were. Also, it gets creative with these incredible color combinations and each environment had its own main color theme which also evolved as you got into the darker depths of the film.”