Last Updated 29.06.2022 | 7:09 PM IST
feedback language
follow us on
Bollywood Hungama » News » Bollywood Features News » EXCLUSIVE: Rakul Preet Singh on her character in Attack: Part 1- “Even if one person gets influenced by Sabah and chooses to be in a similar field, it’s amazing”

John Abraham, Rakul Preet Singh, and Jacqueline Fernandez starrer Attack- Part 1 which was released in theaters on April 1 is all set for its OTT premier. The film will start streaming on ZEE 5 on May 27. John plays the role of a super soldier in the film. Rakul essays the role of a tech expert, Sabah Qureshi, who gives John's character a new life. 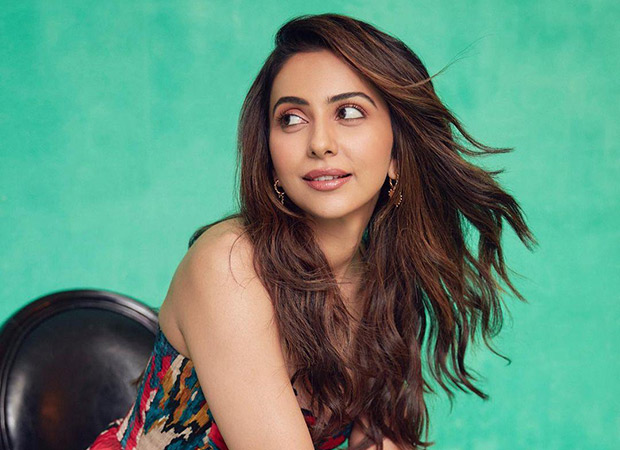 EXCLUSIVE: Rakul Preet Singh on her character in Attack: Part 1- “Even if one person gets influenced by Sabah and chooses to be in a similar field, it’s amazing”

In the film, Rakul's character is shown as a computer whiz who is indispensable to the Indian government because she has developed the technology that they need to create a super-soldier. Ahead of the premiere of the film on OTT, Rakul said that she hopes women get inspired by her character's profession and take interest in the field,

"I don't know if I have encouraged other women but if I have, that's great. Even if one person gets influenced by the smart girl that Sabah is and chooses to be in a similar field, it’s amazing. I think what happens is that just showcasing a fierce, independent, smart, intelligent women of today is a very encouraging thing in itself and to play an inspiring role like that is something very special to me. So I hope people do like it and choose a field like this," the actress said.

Directed by Lakshya Raj Anand who also co-wrote the film along with Sumit Batheja and Vishal Kapoor, the film is produced by Jayantilal Gadda’s Pen Studios, John Abraham’s JA Entertainment, and Ajay Kapoor Productions and is set to premiere across 190+ countries exclusively on ZEE5.

ALSO READ: EXCLUSIVE: “Told my friends not to waste time watching my movies” – Rakul Preet Singh and Jacqueline Fernandez on how they deal with promoting a bad film