Kartik Aaryan and Kiara Advani are gearing up for the release of their upcoming film Bhool Bhulaiyaa 2. The film will be released in theatres on May 20. Directed by Anees Bazmee, the film also stars Tabu and Rajpal Yadav in pivotal roles. Kartik and Kiara have been paired for the first time on screen and their chemistry is already being praised by the audience. However, some fans of Kartik are not too happy to see him kiss Kiara on screen. 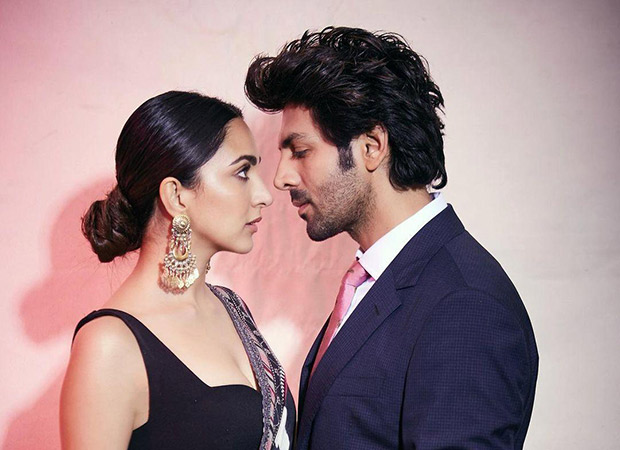 EXCLUSIVE: Kiara Advani reacts after Kartik Aaryan’s female fan complains about the kiss between the two actors in Bhool Bhulaiyaa 2

During a conversation with Bollywood Hungama, Kartik and Kiara were reacting to YouTube comments under the trailer of their film. “Kartik Aaryan should not kiss on screen! I really feel jealous! Kiara, why did you kiss him?”

Both Kartik and Kiara laughed at the comment. Kiara said, “Don't worry. It's on camera. It's reel not real. So she can meet Kartik Aaryan whenever she wants. It was necessary for the scene.”

Kartik Aaryan has a huge fan following among the women. More recently, two female fans were seen standing outside his house and requesting him to step out to meet them. They did not budge until the actor came out and met them. In another instance, a girl offered him a rose at the airport after chasing him for a while.

Meanwhile, Bhool Bhulaiyaa 2 will be released in theatres on May 20.