Actor-turned-filmmaker R Madhavan transformed himself into the intellectual genius, ISRO scientist Nambi Narayanan. Rocketry: The Nambi Effect marks his directorial debut. In the same film, Shah Rukh Khan makes a special appearance. Speaking about the superstar and how he used to imitate SRK's stammering in his earlier days, Madhavan recently told Bollywood Hungama that sometimes one does get influenced by people they like. 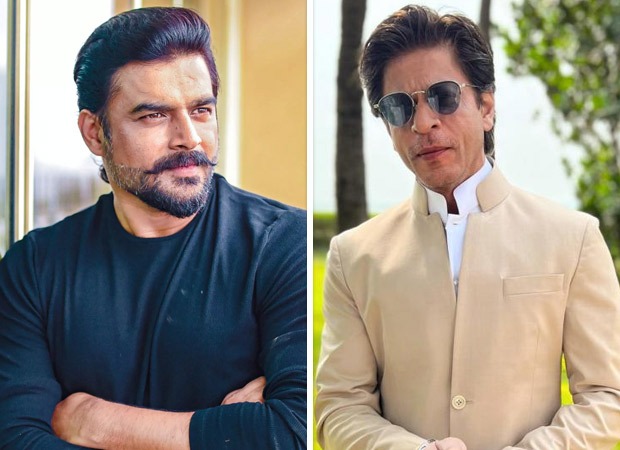 EXCLUSIVE: R Madhavan says he learnt to become star due to Shah Rukh Khan; reveals SRK always goes out of the way to make his wife Sarita ‘feel special’

Talking about how his style of acting was compared to Shah Rukh Khan after his debut in the 2001 film Rehnaa Hai Tere Dil Mein, Madhavan told Bollywood Hungama, "I think you start becoming a little bit of somebody you admire. I think my stammering in that film was associated with that of Shah Rukh's debut. And my wife is a huge huge fan of his. He has gone out of his way every time we have met to make her feel special. I will never forget that. I have learned how to be a star, and how to make people's life more easy largely from Shah Rukh."

Previously, Madhavan revealed that SRK did not charge a penny for his cameor in Rocketry: The Nambi Effect. The actor had a cameo in Shah Rukh Khan's 2018 film, Zero.

Based on the life of ISRO scientist and genius Nambi Narayanan, Rocketry: The Nambi Effect traces his scandalous story and uncovers the truth behind it all. The film stars R Madhavan in the eponymous role of Mr. Nambi Narayanan and boasts of a powerful ensemble cast including acclaimed international actors like Phyllis Logan, Vincent Riotta and Ron Donachie and with special appearances by superstars Shah Rukh Khan and Suriya. The film will be released in six languages worldwide, including Hindi, English, Tamil, Telugu, Malayalam and Kannada on 1st July 2022. Staged on a mammoth scale, the film has been shot in India, France, Canada, Georgia and Serbia.

Rocketry: The Nambi Effect is produced by TriColour films, Varghese Moolan Pictures and 27th Investments. The film is being distributed by UFO Moviez and Red Giant Movies in India and will be distributed internationally by Yash Raj Films and Phars Film Co.