From playing a supporting role of Parth Samthaan's sister in her debut project Kasautii Zindagii Kay 2, to being a part of Amazon Prime Video series Tandav with an ensemble star cast, to now portraying the lead character of Purvi in Molkki, her TV show, Priyal Mahajan is a rising star and enjoying the new phase of her career. She spoke to Bollywood Hungama recently to discuss Molki, Tandav, her experience in the industry and what she's looking forward to. 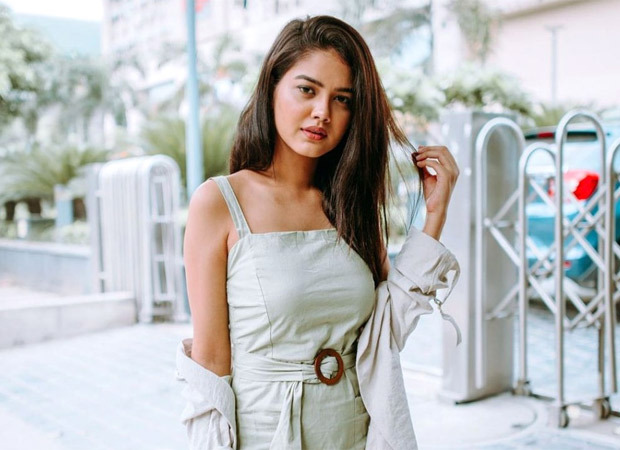 Describing her experience shooting for the serial Molkki during the lockdown, Priyal says, “Last year, no one was working. Now, we’re all better. It's good that we're all working. We’re all away from our family, it's tough. Now, the entire team is a family and we're getting through.”

She furthermore adds about doing her first show as a lead character. “No, I don't feel any pressure,” she says. “When people start out, obviously – I am not the only one – there's always pressure but it's fortunate that I've always been given the liberty to improvise and add my own touch to the character. Now, I can balance my social, personal and professional life. I get my offs and I can manage it much better than the initial days. Toral Rasputra is also with us, so it's normal. Now, it's become a part of my routine. Earlier, it was new- took some time but now that it's the way it is. Even on off days, I just want to get back on set.”

Dwelling into the audition process for Molkki, she says, “When I auditioned for the show, I didn't know anything about Molkki. I had no idea that a practice like this exists in Haryana and it's still prevalent. But, after the narrations and after I was locked for the character, I found out so much. During the audition process, the creative team did brief me up about the entire thing. When I started out, I had the mindset where in I wanted to do a modern drama, because I didn't know anything about Purvi (her character on the show). But once the shooting started I loved Purvi, I discovered a new found love for wearing lehengas. Talking about the story, it was very difficult for me to shoot because I wasn't sure about whether the practice was still followed or not but after proper research, we found out that the practice of Molkki is very prevalent in Haryana. Initially, it was very difficult for me to shoot because some scenes were so tough to shoot because I couldn't differentiate between the character and life. Thinking about someone who deals with this in life is so difficult and it gets very weird and sad. Even Supriya Shukla ma'am was so affected; we just wanted to get done with the scene. After a point, you really connect with the story and the character.”

The show stars well-known actor Amar Upadhyay, who played Mihir Virani in Kyunki Saas Bhi Kabhi Bahu Thi, in the lead role. Priyal Mahajan and Amar Upadhyay are paired opposite each other. While Priyal is 19 years old, Amar is 44-years-old in real life. Molkki is based in Uttar Pradesh and Haryana and touches upon the issue of brides for sale. The show portrays the story of Purvi, a teenage girl who becomes the victim of bride buying and marries a middle-aged widowed father of two children in the process. 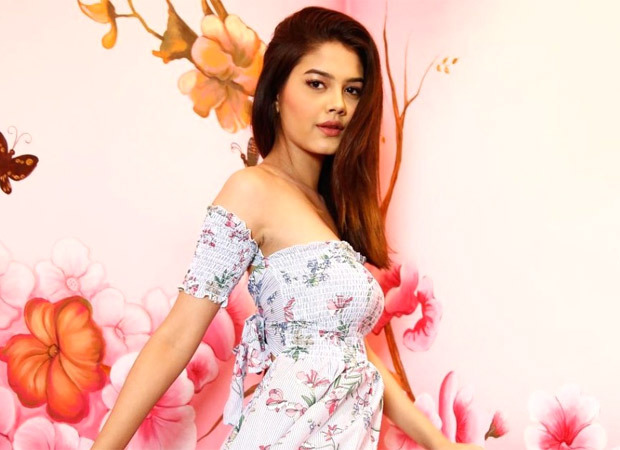 Speaking of working with an established actor like Amar and doing romantic scenes with him, she adds, “Initially, I was uncomfortable. At the start, there weren't a lot of romantic scenes; just a casual eye lock here and there, getting shy and very generic things. But then, our director and Amar sir, both made me feel extremely comfortable. Naturally, the first scene was really tough for me to shoot. Personally, it never bothered me or affected my off-screen equation. On-screen, it was a little difficult. I watched him on Kyunki Saas Bhi Kabhi Bahu Thi and to me, he is like Mihir only. Initially, it was a little uncomfortable and after that, I realised that the discomfort started showing on screen. I started talking to him and developing a bond so that it transforms seamlessly on screen.”

When asked how male actors get preferred to play lead roles on screen even after crossing a certain age but the same doesn’t apply a lot for female stars, she was reluctant to respond but added, “This has been there for a long time and for it to change will take too long. Some things have been the same and they won't change. It's rare to see an older woman romance a younger guy but even something like Molkki wasn't shown but now here is. The progress will happen.”

Priyal Mahajan is working with Ballika Vadhu star Toral Rasputra who is also well-known actress in TV world. Speaking of their equation, she adds, “I have never told Toral this but I love her eyes, they're so expressive. Sometimes, when you're in a scene, actors use glycerin and I won't lie about it. Although, whenever I am doing a scene with Toral, it just happens in one take because she's so effortlessly expressive. I often speak to our director about the same thing as well. When you're rehearsing you figure how to deliver a dialogue but with Toral, the way she moulds the lines to suit her and her improvisation, it's just brilliant. And it all comes from experience. We often talk between takes and she keeps giving me advice about what to do and not to do and it's great.”

She also talked about making her digital debut in Tandav with a star-studded ensemble cast including Saif Ali Khan and Dimple Kapadia. “It was great working with everyone. But I was on set only for 10 days. It was a great time and I was hoping it could have been a longer stint. And I am very introverted, I take time to gel up and 10 days were really less. And over there, whenever I was sitting in a group, I wouldn't talk as much, I would just sit, listen, observe, absorb all the information and learn. And this was still a year and a half ago, the shooting bit and I was a lot more shy. And I was 18, so I would just sit and observe and wouldn't talk as much,” she says.

Starting out early can have its pros and cons; Priyal uses it to her advantage. “I was actually 17 when I started out. I believe, you have to take things in a positive way and make the best out of the opportunities that come your way. I just want to continue being positive and keep moving forward,” she says. “With the show, from the start, we never expected anything in return. We aren't running after the TRPs. The numbers never made a difference or never affected us. A drop or a boost in the numbers didn't cause any change in the plans or the story. We are all just very grateful for all the support and love we've been recieving from the audience.”