Milap Zaveri, who completed 20 years this year in the industry, started his career as a writer. In 2010, his directorial debut, Jaane Kahan Se Aayi Hai (2010), starring Riteish Deshmukh and Jacqueline Fernandez, was released. The film bombed and in an exclusive interview with Bollywood Hungama, Milap Zaveri explains why he feels that Warner Bros, which backed Jaane Kahan Se Aayi Hai, meted out unfair treatment to his first directorial venture. 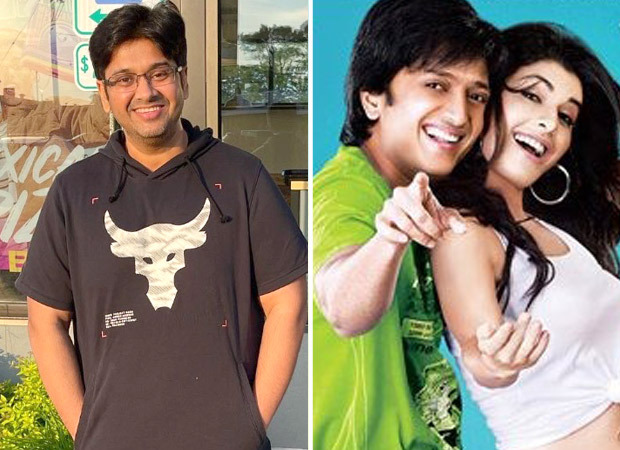 Milap Zaveri told Bollywood Hungama, “A lot of people over the years have told me that Jaane Kahan Se Aayi Hai is a very sweet and cute film. But in those days, Riteish was a very big comic star. Apna Sapna Money Money (2006), Masti, Kya Kool Hain Hum (2005), Heyy Babyy (2007) etc were hits. So, I feel the experiment to do a sweet romcom with him didn’t really get viewers excited.”

He added, “Secondly, Warner Bros’ was the producer and Chandni Chowk To China (2009) had not done well for them. So, Warner wasn’t very gung-ho on marketing the film well. Thirdly, we clashed with Vivek Oberoi’s Prince (2010). I was absolutely not happy with it as Prince was a very big film. Hence, Jaane Kahan Se Aayi Hai never got a chance. Even today, very few people know about it. When they talk about Riteish Deshmukh and Jacqueline Fernandez together, the first film that comes to their mind is Aladin (2009). It had released a few months before our film and sadly, it failed. So in every press interview, Riteish and Jacqueline were constantly asked about it.”

Milap Zaveri continued, “Nevertheless, Jaane Kahan Se Aayi Hai was one of the best experiences of my life. I had so much fun with Riteish, Jacqueline, Vishal Malhotra, Ruslaan, Sonal Chauhan, Satish Shah sir and Supriya Pilgaonkar ma’am. It was like a picnic making that film. Hats off to co-producer Nikkhil Advani. He gave me everything I wanted. Sadly, we didn’t have the power to push Warner Bros to market the film correctly.”

Milap Zaveri explained why the promotional plans didn’t help the film, “It was a love story between an alien and a guy from Earth. The original poster was really cool. It featured Riteish hanging from a spaceship while Jacqueline lying on the same ship. Warner rejected the poster as they felt we should not show the spacecraft or that she’s an alien in the film. They recommended having more youthful posters, a la Ishq Vishk (2003). Such a kind of marketing didn’t work.”

What saddens Milap Zaveri is that movie buffs don’t have access to Jaane Kahan Se Aayi Hai today, “I was quite heartbroken since Warner never released it on VCD or DVD. It’s not on any streaming platform. It’s literally not there anywhere. The only place where you might find the film is on torrent websites. I have one copy of it on my phone or laptop. Riteish and I often discuss that we wish that the film was out there so that people can watch it. But the Warner Bros’ Indian division just didn’t care about the film at all. Last year, I even put a tweet wherein I tagged Warner Bros. I requested them to put out the film but nothing happened.”