Actor Kriti Sanon is currently gearing up for the release of her film Mimi, in which she plays the solo lead. Directed by Laxman Utekar, Kriti will be seen essaying the title role in the movie that talks about surrogacy. Recently, while promoting the film, Kriti Sanon spoke to Bollywood Hungama and answered some fun rapid-fire questions. 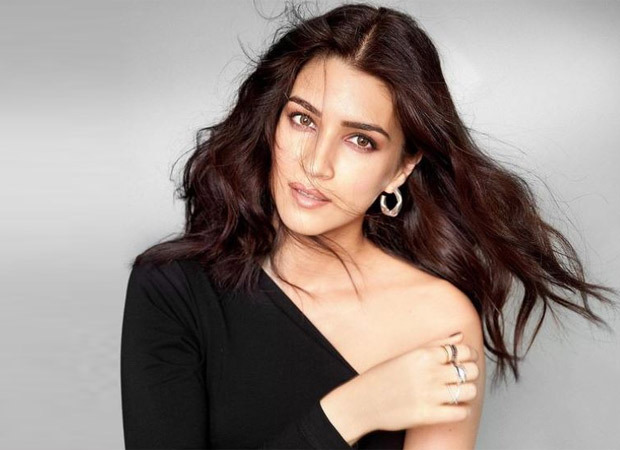 EXCLUSIVE: Kriti Sanon reveals what her character Mimi and Ayushmann Khurrana’s Vicky from Vicky Donor would talk about if they met

During the rapid-fire round, Kriti was asked if Mimi and Vicky from Vicky Donor met what would they talk about. Responding to the question, Kriti said, "He donated sperms and I donated my womb in a way. How much did you get? (laughs)."

Further, when she was asked what her matrimonial ad would read, she said, "The guy should be taller than me which is taller than 5'9. Should have a good sense of humour, driven in life, and should be loyal which will be written in caps."

Kriti also answered a question about the most challenging or funny thing about playing a pregnant woman. "There is nothing funny about playing a pregnant woman. Honestly speaking when I had that belly, I had the option of having a foam belly which is really light but I wanted them to make it as heavy as a belly would feel. So I had 5-6 kilos of belly. Also, I had to eat a lot to maintain the weight gain, because I lose weight very fast. So I had to hog while the 5 kg tummy was pressing my stomach so it became extremely funny for me," she said.

Mimi also stars Pankaj Tripathi, Supriya Pathak, and Sai Tamhankar. The film will be released on Netflix on July 30.