Last Updated 16.08.2022 | 8:59 AM IST
feedback language
follow us on
Bollywood Hungama » News » Bollywood Features News » EXCLUSIVE: K-pop group PENTAGON on new album IN:VITE U and ‘Feelin’ Like’ – “We knew that the fans were looking for something new from us”

South Korean group PENTAGON (KINO, HUI, SHINWON, YUTO, YANAN, WOOSEOK, HONGSEOK, JINHO, and YEOONE), who have showcased their power of love and confidence through their songs like ‘Shine’, ‘Daisy’, and ‘DO or NOT’, have brought a lot of suave, allure and much more sexiness with their new comeback album! The group dropped their 12th mini-album IN:VITE U on January 24 accompanied by an alluring music video for the title track 'Feelin' Like'. The group boasts of the awakening and maturing of their inner selves. 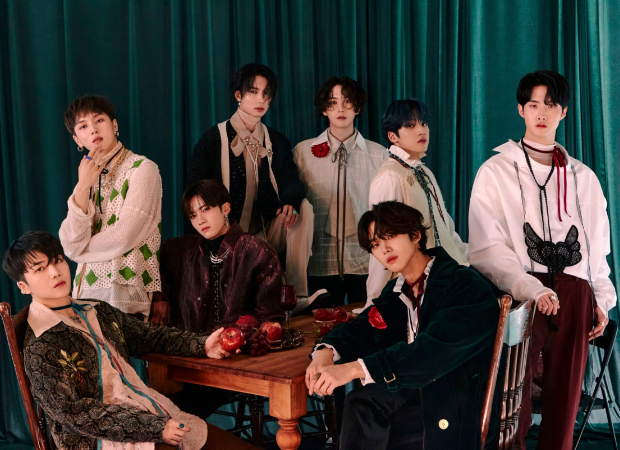 EXCLUSIVE: K-pop group PENTAGON on new album IN:VITE U and ‘Feelin’ Like’ – “We knew that the fans were looking for something new from us”

Being presented about 10 months after the release of [LOVE or TAKE], PENTAGON’s IN:VITE U has a combined meaning of ‘INVITE’ and ‘VITE’, which means ‘quickly’. With an enticing catchphrase of PENTAGON’s 'invitation to a new world, and quickly falling for you who I met there', it delivers further-sophisticated music and performance. The title track ‘Feelin’ Like’ is an energetic pop and powerful R&B genre song, which the perfect combination of the two genres immediately catches listeners’ ears from the intro. The song takes a motif from the myth of Pygmalion’s statue, Galatea, and describes the moments of awakening, pleasure, and realization by using their own words, to present PENTAGON’s new way of loving. Especially, JINHO, KINO, and WOOSEOK participated in the lyrics writing, proving to be a self-producing idol. With new music and performance style compared to what PENTAGON had performed previously, with a classier and upscale vibe, they wish to begin a story of their own through this song.

All 6 tracks written and composed by PENTAGON members genuinely illustrate their diversified musical colours and in-depth stories of their full-grown inner selves, adding to the authenticity of the tracks. This album marks the comeback of JINHO since 2020 's Universe: The Black Hall following the completion of his military service. Meanwhile, Hui is currently serving in the military.

Speaking to Bollywood Hungama exclusively, PENTAGON talked about their latest album IN:VITE U, their favourite tracks from the album, keeping themselves motivated through this tough pandemic and their fans UNIVERSE.

Congratulations PENTAGON on your 12th mini-album ‘IN:VITE U’. It’s your first album in such a while. What are some of the emotions you are feeling currently?
JINHO: WOOSEOK, how are you feeling?
WOOSEOK: It has been a long time since our last album. I am really excited about it. I am also eager to meet our fans, UNIVERSE. What about you, YUTO?
YUTO: It had been a long time since working with JINHO, so I was eager to work with him again and I enjoyed my time.

The comeback trailer was so alluring. ‘FIND SOMETHING NEW’ – it says. What has PENTAGON found something ‘new’ about themselves?
KINO: I have something! We knew that the fans were looking for something new from us. JINHO also had come back from his vacation and we met for lunch. But back then we didn’t realize that it has been 3 years since we had a comeback with JINHO and YANAN. So it was really ‘FIND SOMETHING NEW’ news.
YUTO: 3 years? Wow!
KINO: We have had such a comeback after 3 years, please look forward to it!
SHINWON: This is just epic!

Kicking off 2022 with the pretty attractive album and a new take on ‘LOVE’, what is the message that you want to send through it?
SHINWON: PENTAGON wanted to show that we are handsome, and that is what we focused on.
JINHO: To put it straightforwardly, quite a lot of our members shed weight to show you our handsomeness. We shared our styling ideas and received help from our stylists as well.

PENTAGON have always been involved in the music-making process – what was it writing the lyrics for the title track JINHO, KINO, and WOOSEOK?
JINHO (to KINO): How did you start working on this?
KINO: When I first heard the music, I imagined what kind of story and execution would suit better. Then I prepared ‘Runway’. Then I went on to search for historical tales and I finalized on Galatea and Pygmalion’s story. When it comes to making the album, we all normally sit together with our team from the start and discuss things in detail. Once the concept of the album is finalized, then we move on to making songs that fit the concept.

Is there a song in particular in this album that you relate to the most? Why?
HONGSEOK: For me, it was ‘Sparkling Night’. I think the lyrics are quite sympathetic in nature. The listeners will appreciate the metaphors of the Ferris Wheel and expressions in the song.
YANAN: I like the title ‘Feelin’ Like’ the most. Although we wrote the lyrics, the song came from a producer, which is pretty rare for PENTAGON's album. So it was a new kind of experience.

Since each of you participates in album making and songwriting, which track took the shortest to make and longest to work on?
WOOSEOK: I wrote 'BAD' in about 2 days.
SHINWON: Didn't it take about 3 hours?
HONGSEOK: How about 'Sparkling Night'?
KINO: ‘Sparkling Night’ took about a month, whereas ‘Call my Name’ took the longest. From the conception until the demo, it took a long time. Until the mixing, I was changing and making edits to the song, right from the guitar strums to changing the drum beats. I think I started in September? No, in August, I think. It took about 5 months to finish it.

Unfolding a new chapter in life is always interesting. What has been the takeaway for you while working on IN:VITE U?
YEOONE: It had been a long time since all the members got together. Despite the long gap, our time spent together reaffirmed the bond we had. We engaged in teamwork again, and it only helped us show that our bond is still strong as ever to everyone, including UNIVERSE.

From your trainee days to debut to now with the 12th mini-album, PENTAGON has had a long journey in music. Is there a memorable moment in your life that has stuck with you all these years and that each one of you is most proud of?
YUTO: What I think every time we work on an album is KINO always helps polish our choreography even when he is exhausted.
SHINWON: It was admirable.
YUTO: He helped during this comeback as well, with love and care. I am grateful to him for that.
KINO: Adding to what YUTO said--I'm grateful for his acknowledgment--it would be pointless if no one acknowledges my efforts, but what keeps me motivated is whenever our practice is over our members would always tell me, "Thank you KINO, good work" over these past 5 years, and also during our trainee days from 7-8 years ago. I'd like to take a moment to thank my members and our leader HUI for it.
YANAN: I got it.
KINO: You got it?

It’s been rough two years and continues to be for many around the world. What kept you all going and how did you motivate yourself and each other in this pandemic?
SHINWON: I think it is about hope. The belief that the pandemic will end someday is what kept us going. No matter the distance, we kept supporting each other. We also had support from UNIVERSE. The motivation that once the trying times are over, we have to show great sides of ourselves is what kept us all going.
HONGSEOK: Actually, listening to 'Sparkling Night' really comforted me. A Ferris wheel you can't get off from is like the hope SHINWON just said. You're keeping that hope towards something you can't quite get.
KINO: It feels great to see how you've perfectly understood the songwriter's intentions.
YUTO: Treat him to some good food.
HONGSEOK: Thank you, YUTO.

Where do you see yourself in the next 10 years?
KINO: What will be doing in 10 years?
KINO and HONGSEOK: This question is made for JINHO. What will you be up to in 10 years?
KINO: JINHO actually has an unreleased song about imagining what we'd be like in 10 years.
JINHO: At the beginning of the album production stage, I wanted to newly arrange the song and release it through this album. But as you heard, the concept of this album has a different vibe from it, so I didn't work on changing the arrangement. I'm guessing I'll release it someday. The lyrics talk about things like, 'will I still be dancing?' which I'm curious about myself, and probably all our members would also wonder.
KINO: Goosebumps.
JINHO: But anyhow, we probably won't be able to dance as we do now.
KINO: No, we will!
JINHO: I mean we will lack energy. But we will take care of ourselves and become 'dashing uncles' at least.
KINO: I hope we can do that. You'll be 41 then.
YUTO, SHINWON, WOOSEOK: Awesome!
JINHO: International age is 39 though. That's just in Korea.

The support from Indian fans has been always huge for PENTAGON. Would it be possible for you to perform here someday? Is there a message you want to convey to the UNIVERSE?
HONGSEOK: Honestly, we're always ready to come where you are.
JINHO: We did a tour, right? We have special memories from each country. We always talk amongst ourselves about how we want to experience that one more time. I hope we get through these challenging times soon so we can visit India and meet Indian UNIVERSE.