Last Updated 28.10.2021 | 10:34 PM IST
feedback language
follow us on
Bollywood Hungama » News » Bollywood Features News » EXCLUSIVE: “I had instructed my team not to wash my clothes every day, unless really necessary”- Mohit Raina on playing a doctor in Mumbai Diaries 26/11

Mohit Raina has been reveling in the success of his recently released web series Mumbai Diaries 26/11. Created by Nikkhil Advani and Nikhil Gonsalves, the Amazon Prime Video Original series Mumbai Diaries 26/11 is a medical drama with its premise set in a government hospital in Mumbai and how the medical fraternity deals with the 26/11 crisis while themselves being under attack. A mix of fact and fiction, the show focuses on the human side of the night of the most horrific terror act the city has had witnessed. Mohit Raina who is well known for his performance as Lord Shiva in the TV show Devon Ke Dev Mahadev and the film Uri: The Surgical Strike played the role of senior Dr. Kaushik Oberoi in Mumbai Diaries. His performance as a doctor who goes out of his way to do his duty has earned him praise from all quarters. 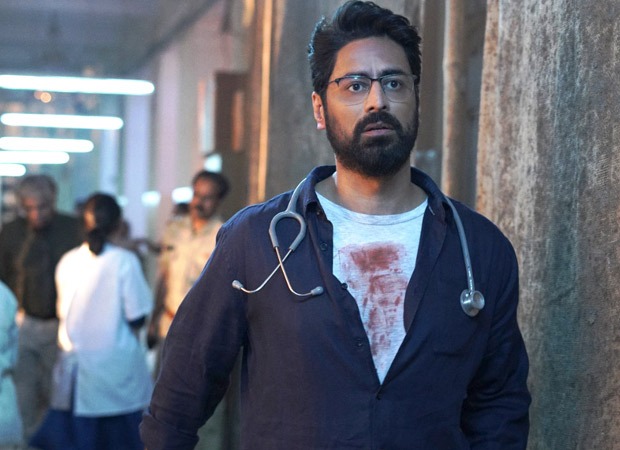 Days after the release of the series, Mohit Raina spoke to Bollywood Hungama about the response he has been receiving for his performance and what it took to get the role of a doctor right and play it convincingly. "I think the best part is that in India we have never tried anything like this. So people are really loving the new storytelling, the new subject, and the new perspective of the same. Even doctors have been messaging me that you have really done a good job. They told me that I really look like a doctor apart from a few mistakes here and there. They said that as a medical fraternity we never saw anything of this sought coming from India," Mohit said while talking about how he has been taking in all the responses coming his way.

The cast of Mumbai Diaries which comprises actors like Konkona Sen Sharma, Satyajeet Dubey, Shreya Dhanwanthry among others is being called a casting genius. Mohit said that when he got a call from Nikkhil Advani he thought that it might be for the period drama The Empire which he was making at the same time. "Thank god Nikkhil sir didn't take a test or audition for this character for me because I would have straight away gone wearing a nice shirt, jacket, and a tie and I would have gone like ‘yes sir where is the patient, what's wrong with the patient?’. I had not understood at the beginning who Dr. Kaushik Oberoi was," Mohit shared. 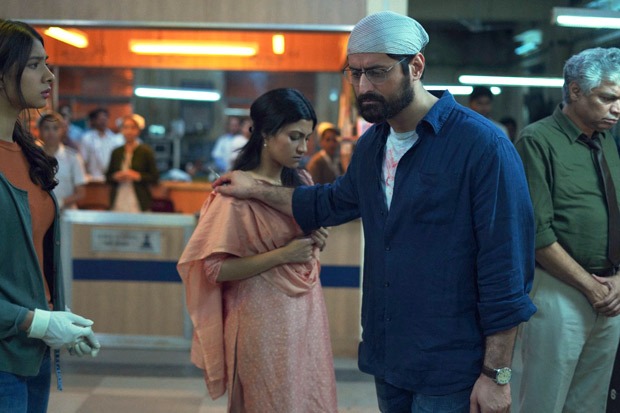 "When Nikkhil sir said he wants to meet me, I thought he is going to approach me for a historical part in The Empire and I have done enough historic shows and period dramas. I was like not again, no swords for me. So I went and met him and he surprised me by saying that I am making a medical drama and I want you to be a part of it. I asked him when do you want to start,"  he added.

For the role, Mohit tried to get access to Operation Theatres in the city and some footage through his doctor friends but in vain. "So we had a workshop of 15 days with Dr. Sheik who taught us everything, who taught us theory and the practicals. We used to do incisions on dummy bodies, we used to make prosthetics in them and operate on them. During readings, we understood what the vision was exactly because slowly I understood this is what he wants me to do, and this is what Kaushik Oberoi is like. Because I don't think any actor will say initially that I understand the character. Every day you learn new things about the character," he said.

The show was shot in a span of 40-60 days and the eight-episode series shows the story of two days in a hospital during 26/11. The cast was seen in one costume and had all their scenes in one location. Talking about how such a location and single costume help in better becoming the character, Mohit shares, "I still remember it was my introduction scene that we were supposed to shoot and Nikkhil sir wanted us to do rehearsals a day prior. That was the first time I went on the set and I saw the beams holding the roof, the wall was not painted completely. It was half done, and water was dripping. I thought no way they are gonna be able to start shooting from tomorrow. That's when Nikkhil sir told me there is no time, this is ready. This is your hospital, the beam is going to be there. The water will keep dripping, the walls are like that. So then you slowly understand the world he wants to create."

"I had instructed my team not to wash my clothes every day, unless and until it was really necessary. So that you could really understand and get the psyche of the character. Personally, this is the first time I was doing something like a time-based story. To keep the emotion intact, to remember everything, to not to make any mistake and emotionally it was quite draining," he added. 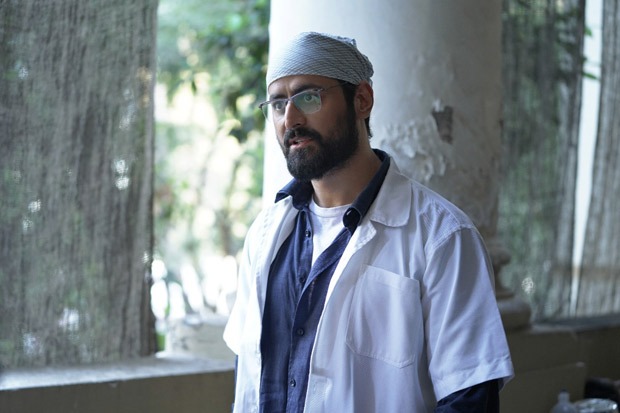 Mohit also spoke about the multiple long takes in the show and how this technical aspect helps him as an actor. "You could see that these are a lot of long shots. I remember there is a particular scene which starts with a lot of people and which starts with me and someone else and then it travels through different rooms and in the end it goes to the character at a place where they rest. So when the camera reaches there I have to be there after finishing my earlier shot and I have to have a samosa in my hand which I have already finished. When I reached, you see me having that samosa and coughing at the same time. Now the cough wasn't planned, that was really because I had to get rid of the samosa in my hand. I didn't have any place to throw the samosa so I just gulped it down. So all these small things enhance your performance," he concluded.