Eijaz Khan, who was one of the strongest contenders of the Bigg Boss 14 house, surprised everyone when it was announced that he would be voluntarily walking out of the house. The actor was the first contestant to step into the house and also the first to become a finalist. However, he had to walk out of the house after spending 106 days owing to his prior professional commitments. But that does not mean his journey has come to an end. In an exclusive conversation with Bollywood Hungama, Eijaz Khan spoke about Devoleena Bhattacharjee and his plans on returning to the house. 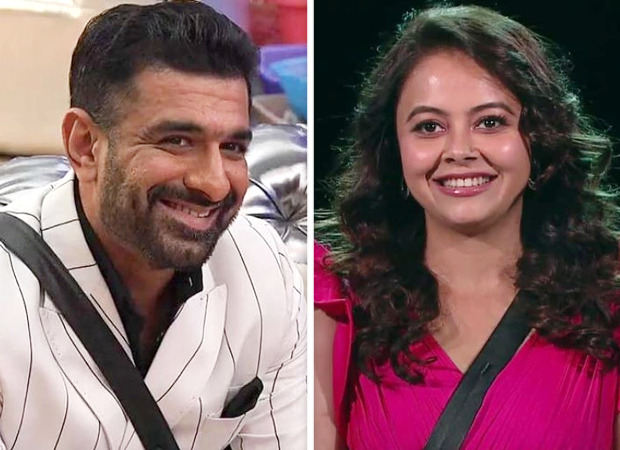 Ever since Eijaz Khan has walked out of the house, he has hinted at returning to the house, but no one knows when. When asked if he had any tentative date in mind, he said, “No idea. I am trying to do double shifts. I am trying to finish everything as soon as practically possible. So let's see. Let's hope for the best.”

On Eijaz’s last day in the house, it was also announced that Devoleena Bhattacharjee would be playing in his place. When asked if getting Devoleena in his place was his choice or the makers, Eijaz said, “No, I had no idea. I had no idea what they would do. I just knew my contract would then have ended on the 15th (January). And they were giving me a choice. I told them that ‘sir that if you are letting me go for the shoot, I would want to go finish it but I wouldn't want to leave the show. How is it possible? I would pray that you would make this happen’. I have been very cooperative. They are trying their level best so am I; even my other production. If God wishes, I will be back in the house at the earliest. But at least not for a week or 10 days.”

Devoleena is not new to the game. She was one of the popular contestants of Bigg Boss 13. Talking about watching Devoleena’s game in the house, Eijaz said, “I dont have the time. Devoleena is playing her own game. All I expect of her is not to get eliminated till I get back in.”

After stepping out of the house, Eijaz had shared a video message in which he had requested people to continue supporting Devoleena for him to come back. When asked if Devoleena’s eviction can end his journey in the house as well, he said, “I don't know. I think so. This is the first time it has happened in the history of Bigg Boss. A contestant has been allowed to leave the house for personal/professional reasons and another person has been sent in their place. One can only think about it, but there is not much clarity on it (rules).”

ALSO READ: EXCLUSIVE: Eijaz Khan opens up about how his father reacted after he came out of the Bigg Boss 14 house