Last Updated 01.07.2022 | 10:52 PM IST
feedback language
follow us on
Bollywood Hungama » News » Bollywood Features News » EXCLUSIVE: Director Destin Daniel Cretton on Shang Chi with Simu Liu & Tony Leung – “Each of these characters are surprising in how much they can be relatable to people”

Marvel Studios presents Shang-Chi and The Legend of The Ten Rings, an all-new, epic adventure that debuts the Marvel Cinematic Universe’s newest superhero in an origin story that blazes across the big screen with never-seen-before, mindblowing action, stunning visuals, and the MCU’s signature spectacle, with heart and humour. Being one of the most anticipated movies of the year, Shang Chi marks the debut of an Asian superhero in the Marvel Cinematic Universe. It is a path-breaking move in itself. 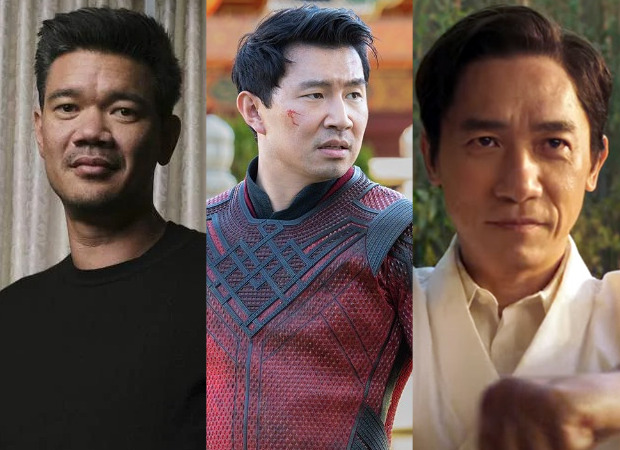 EXCLUSIVE: Director Destin Daniel Cretton on Shang Chi with Simu Liu & Tony Leung – “Each of these characters are surprising in how much they can be relatable to people”

The film's screenplay, screen story, and direction is by Maui-born Destin Daniel Cretton who is known for his work in Just Mercy with starred Michael B. Jordan, Jamie Foxx, and Brie Larson as the leads; The Glass Castle, an adaptation of the New York Times best-selling memoir of the same name, which starred Brie Larson, Woody Harrelson, and Naomi Watts and more. With this project, he ventures into a mega-budget action-packed origin story. In an exclusive interview with Bollywood Hungama, director Destin Daniel Cretton says, he wanted to pay homage to some of the most influential Asian cinema and Kung Fu and martial arts films. “Well, we wanted to use this giant canvas to show some respect and homage to some of our favorite Kung Fu and martial arts movies of the past. But we're also showing giving nods, in this movie, to a lot of our favorite movies in Asian cinema, from Japanese anime to some of our favorite movies out of Korean cinema. It was important for us to not only show that that respect for the genre, but also to wrap all over this big spectacle into the deep emotions of a simple family drama,” says Cretton.

With Shang Chi, Simu Liu makes his big-screen lead debut. Liu’s path to becoming an actor began with an accounting job after college. When Liu later found himself unemployed, he applied as a movie extra on a whim. “That set everything else off and was the catalyst of this whole new life. From the moment that I stepped on a set for the first time, I knew that there was nothing else that I could do that would make me as happy or as fulfilled,” he said in a statement. The film was Pacific Rim, shooting in Toronto and directed by Guillermo del Toro. Liu recalls, “From that point on, I thought, ‘I don’t know how I’m going do it, but I’m going find a way to get there.’ From every music video, every student film casting call, I assembled enough of a resume to get my first agent and from there, I started auditioning.”

Liu eventually scored a lead on the Canadian TV comedy Kim’s Convenience, but when the role of Shang-Chi came up, he never thought he would be in the running. But, it happened to him. The film’s importance for Asian representation was a high point for Liu. “This is the first Asian American superhero in the Marvel Cinematic Universe,” commented Liu in a statement. “That’s an important distinction, an important milestone for us. We’ve waited a long time for a moment like this, to see ourselves portrayed in this way on screen. For many of us whose parents immigrated, we never really saw ourselves on screen meaningfully. We saw caricatures, stereotypes, and erasure in a way. I’m encouraged by what’s been happening over the last two years, and I think ‘Shang- Chi’ will be an important part of that conversation.”

Meanwhile, as rising star Liu took the mantle, celebrated Hong Kong superstar Tong Leung came on board for this Hollywood film in the role of The Mandarin - Shang-Chi’s father Xu Wenwu who is the feared leader of the Ten Rings Organization. The man himself needs no introduction. In a statement, Tony Leung revealed their first discussion, “I had a phone meeting with him and, of course, he couldn’t tell me much about the story at that time, so I had only little hints about my character and the story. But I felt very good talking to him, and I thought I could trust him.”

When Bollywood Hungama asks Destin Daniel Cretton how did he know Tony Leung and Simu Liu were the perfect fit for the roles, he says, “I mean, Tony Leung is a pretty obvious choice only because I think anyone would be crazy not to have Tony Leung in their movie in any part. When I first spoke to him about this role, he immediately talked about why he wanted to play it differently. Why he wanted to play this in a surprising way so that people aren't just seeing this character as a villain, but would be surprised by how much they actually relate down.”

Adding to that, Cretton talks about Liu saying, “I think in a lot of ways, Simu brings that same amount of relatability to the role of Shang Chi, who, who could have easily also fallen into a very one-dimensional stereotype. And what I love about this movie is how much each of these characters is surprising and how much they can be relatable to people.”

The film stars Simu Liu as Shang-Chi, whom we meet living in San Francisco and working as a parking valet, when a group of assassins takes a pendant that his mother gave him when he was young. Shang-Chi and his best friend Katy leave their safe lives and journey to Macau, to warn Shang-Chi’s sister Xialing that danger is coming for her as well. As the film unfolds, Shang-Chi must confront the past he thought he left behind. When he is drawn into the web of the mysterious Ten Rings organization led by his estranged father, Shang-Chi realizes he must stop him and his Ten Rings cabal. Chi—in an origin story that blazes across the big screen with never-seen-before, mindblowing action, stunning visuals and the MCU’s signature spectacle, with heart and humor.

ALSO READ: Shang-Chi and the Legend of the Ten Rings actor Simu Liu shares clip from his intense training session