The first track of Salman Khan starrer Radhe-Your Most Wanted Bhai was released a week ago. The track titled ‘Seeti Maar’ is a Hindi remake of the Telugu song of the same name. The original version composed by Devi Sri Prasad (DSP) was picturised on Allu Arjun and Pooja Hegde. The remake was also composed by DSP and featured Salman Khan and Disha Patani. In an exclusive conversation with Bollywood Hungama, DSP opened up on remaking his blockbuster song ‘Seeti Maar’. 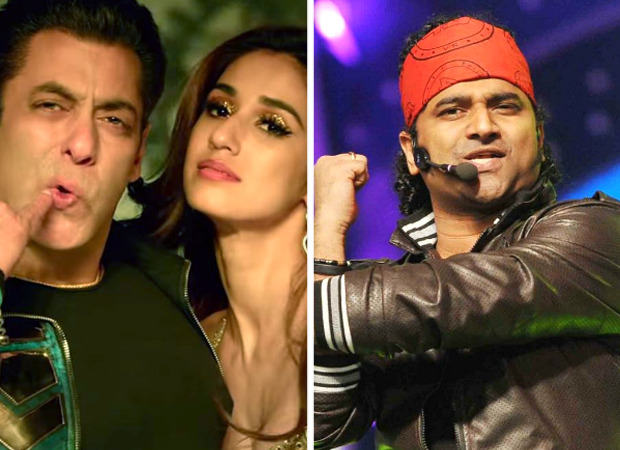 Talking about the popularity of his songs and how Salman Khan’s presence in the remake further increased its reach, DSP said, “‘Seeti Maar’ was already a blockbuster down south and it was one of the songs I really loved a lot. Previously, we had done ‘Dhinka Chika’ with Salman Khan. Even ‘Ringa Ringa’ itself had a huge reach all over India, but what happens is anything that comes in Hindi that too with such a huge star like Salman Khan, the reach is phenomenal. So you know the way ‘Dhinka Chika’ became viral in the entire world. Wherever I travel in the world and sing, ‘Ringa Ringa’ and ‘Dhinka Chika’ will be the closing of the show. What I love about Salman bhai is he got a swag of his own and he is an expert at grabbing, visually and choreography wise, he is an expert at grabbing something that everyone would instantly fall in love with. Like with ‘Dhinka Chika’, what he did was very simple. He put his hands in his pocket and sang ‘Dhinka Chika’ and that went viral.”

“Likewise when ‘Seeti Maar’ happened, Prabhu Dheva master had called me and said I am doing a film Radhe with Salman bhai, so I want a kickass dance number. I had done music for most of his films down south including his debut film in Telugu and a lot of Tamil films. ‘Seeti Maar’ was one of the songs that I was always wanting to do in Hindi because right from the day I got the hook 'Seeti Maar Seeti Maar', I knew it would work big time in Hindi. I have a lot of influence of Hindi words and Hindi hooks in my songs down south. The reason being Hindi has a lot of single syllable words; language itself is reversible so it can easily fit into any tune and still not lose its charm and poetic nature,” DSP further said talking about how the remake came about.

“There is one strong reason as to why I want to recreate a song of mine into some other language because if you take a song from the West, like an English song, one version is enough to reach the entire world, because it is in English. But what happens in India is we have a variety of languages. Though there are so many good songs down south whether Tamil or Telugu or Malayalam or Kannada. Even in Hindi unless there are big stars we can’t guarantee that the Hindi songs might have a good reach because of the language barrier. We say music has no language, but when you put lyrics it becomes regional. So it gets restricted to that particular area. That's why when a creator gets a chance I try to recreate my song on another bigger platform and it works, really well,” he added.

“I am really happy that the song is in Radhe and directed by Prabhu Dheva master and choreographed on Salman bhai. Now it has become an international reach. What more as a composer can I ask for,” DSP said.