During the pandemic, the lockdown had created a tough situation, especially for filmmakers. Release of films was a task and there was a constant dilemma on whether the film should be released in theatres and OTT. Reminiscing about the time they wanted to release the Sara Ali Khan, Dhanush and Akshay Kumar starrer Atrangi Re, Bhushan Kumar spoke to Bollywood Hungama about how they often went back and forth on their decision to give it a theatrical or OTT release. 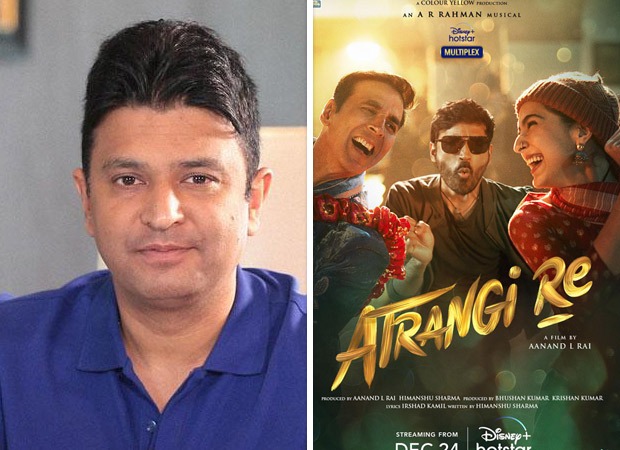 EXCLUSIVE: Bhushan Kumar reveals the journey behind releasing Atrangi Re on OTT

In an exclusive interview with Bollywood Hungama, Bhushan Kumar spoke on how the constant fear of a lockdown impacted the film industry and forthcoming releases. He said, “For Atrangi Re too, like its previous films, we were in constant dilemma about the lockdown, whether it’s happening, not happening? At that time, Aanandji (Aanand L. Rai) suggested that we should approach OTT for the film. Akshay (Kumar) also had released a film during that time that didn’t perform well in the theatres due to lockdown restrictions. That’s when he said that I need to release it on OTT. Just when I started speaking to the OTT platforms, Sooryavanshi released. And then Akshay wanted did not want to go to the OTT way. Then again, films stopped working. It was during that time we released the Chandigarh film. Then Omicron hit. Then again our focus shifted to OTT. So, we constantly went back and forth on our decision and it was a very confusing state.”

He went on to add, “To answer your question, as a studio we only propose the idea of releasing it on OTT when we feel that the director is comfortable in doing so. Otherwise, theatre-wise, we also get some recognition as producers when we make a film for theatre chains and theatre audiences. And it is equally beneficial for the directors and actors as well. Actors get more recognition in theatres compared to OTT.”

Atrangi Re was eventually released on Disney+ Hotstar in two languages namely Hindi and Tamil. The Tamil version is titled Galatta Kalyanam, inspired by the 1968 Sivaji Ganeshan starrer by the same name.

Also Read: EXCLUSIVE: Bhushan Kumar reveals he wanted to buy songs from Akshay Kumar; says, “I have asked him if I could buy songs from his collection”