On Monday, Ram Gopal Varma announced that he will be making a film titled Arnab-The News Prostitute. In a series of tweets, he called out journalist Arnab Goswami for his ‘horrible’ TV news debates on Bollywood post the demise of Sushant Singh Rajput. In an exclusive conversation with Bollywood Hungama, Ram Gopal Varma tells why he decided to make the film. 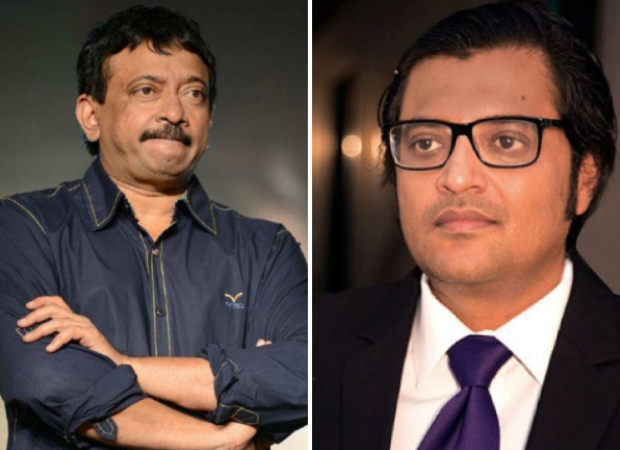 When asked what prompted to make this film, Ram Gopal Varma said, “See, the point is,  I happened to see a few shows on the ongoing Sushant Singh Rajput issue and I was shocked at the way he characterises Bollywood and making gross generalisation as if he knows the inside out of everybody in Bollywood sitting inside his Republic studio and he calls them rapist, murderers and what not. One thing I could not understand, in his head he is connecting the death of Divya Bharti, sometime in ‘95 or ‘94 like that, then Sridevi, then Jiah Khan, then of course Sushant. He makes it seem as if all of them are one case and the murderer is Bollywood.”

“Arnab would not hear anyone else's opinion except his own opinion. He decided that there is something  about Bollywood that is extremely wrong, bad, monstrous and he calls it dirtiest, rancid and all the names. I was pretty much upset and what really shocked me after he said Divya Bharti died and shame on Salman Khan and Shah Rukh Khan. What has Salman and Shah Rukh got to do with Divya Bharti? It is a well known fact that Divya Bharti was drunk and she was sitting on the window sill and tipped over and in the presence of costume designer Neeta Lulla and her husband. That everybody knows whoever was there at that time. He makes it like a mystery after 25 years without knowing anything about it,” he added.

In his tweets, he had also asked Bollywood biggies like Aditya Chopra and Karan Johar to speak up. Talking about the same, he said, “So I was shocked why Karan Johar, Aditya Chopra and all these big guys, why aren't they saying anything. It is common sense that when this kind of allegation is coming from a premium channel of India your silence will seem to the public like you are accepting whatever he is talking about and I couldn't take that at all. I will respond to something that is happening. I have always made realistic films. I take something from what's happening and today the news media is a very very big part of people's life. It is constantly feeding people in terms of information, it is making them take decisions, making them form opinions and all this is directed by some people. They might claim they just want to report, which is not how it happens, especially in the case of Arnab, because he will kind of hammer his opinion into your head as the truth. You know, I thought it is high time he needs to be exposed.”

“And the reason mainly I am doing that is because you can't go to his show. If you go to his show, he does two things- whenever anyone says opposite to what he is saying he will shut his mouth and make a face and then he will send a signal to his viewers that this guy does not know what he is talking about or he is ‘bik chuka hai’ (a sellout) or he has joined hands with others and blah blah blah. There are some dirty tricks like cutting off the audio and things like that. So the only way  I can probably do it is by making a kind of a docudrama where I kind of dissect exactly his modus operandi and way of operation,” he said talking about the reason for making the film.

“And I don't even know whether he has an agenda. I think his agenda is to look like a hero. He wants to walk in slow motion like Salman Khan and look like the biggest hero of all in the country. To make people feel that because of me Shah Rukh is running scared, Karan Johar is hiding under the bed, Aditya Chopra is not coming out of his bathroom. This is the  kind of signal he is sending and why they are not reacting to it, I am completely dumbfounded about it,” he added sharing his thoughts on Arnab Goswami.