Disha Vakani, who was last seen on Taarak Mehta Ka Ooltah Chashmah back in 2017, is still on her maternity break from the show. While the fans eagerly await her return on the show, she makes sure to share a few pictures every now and then to keep her fans entertained. Apparently, the actress has had some issues with the producers and hence the delay in her return. 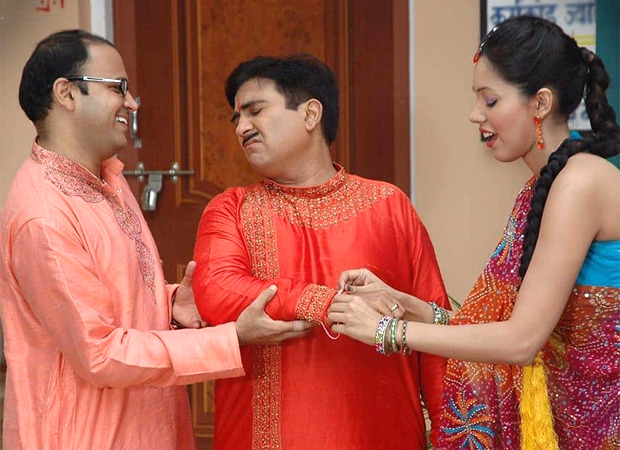 However, she posted a picture of Dilip Joshi and Munmun Dutta’s characters, Jethalal and Babita on the occasion of Raksha Bandhan and the netizens couldn’t stop laughing. For the unversed, Jethalal has a crush on Babita and their expressions are too apt to miss out on. The Taarak Mehta Ka Ooltah Chashmah fans have been requesting Disha Vakani to return with her iconic character, Daya on the show.

Take a look at the picture that she shared.

After the show returned, the fans were a little disappointed since the fresh episodes lacked the comic factor.

Also Read: 12 Years Of TMKOC: When Nirmal Soni was followed by 10-15 bikers who were the show’s fans